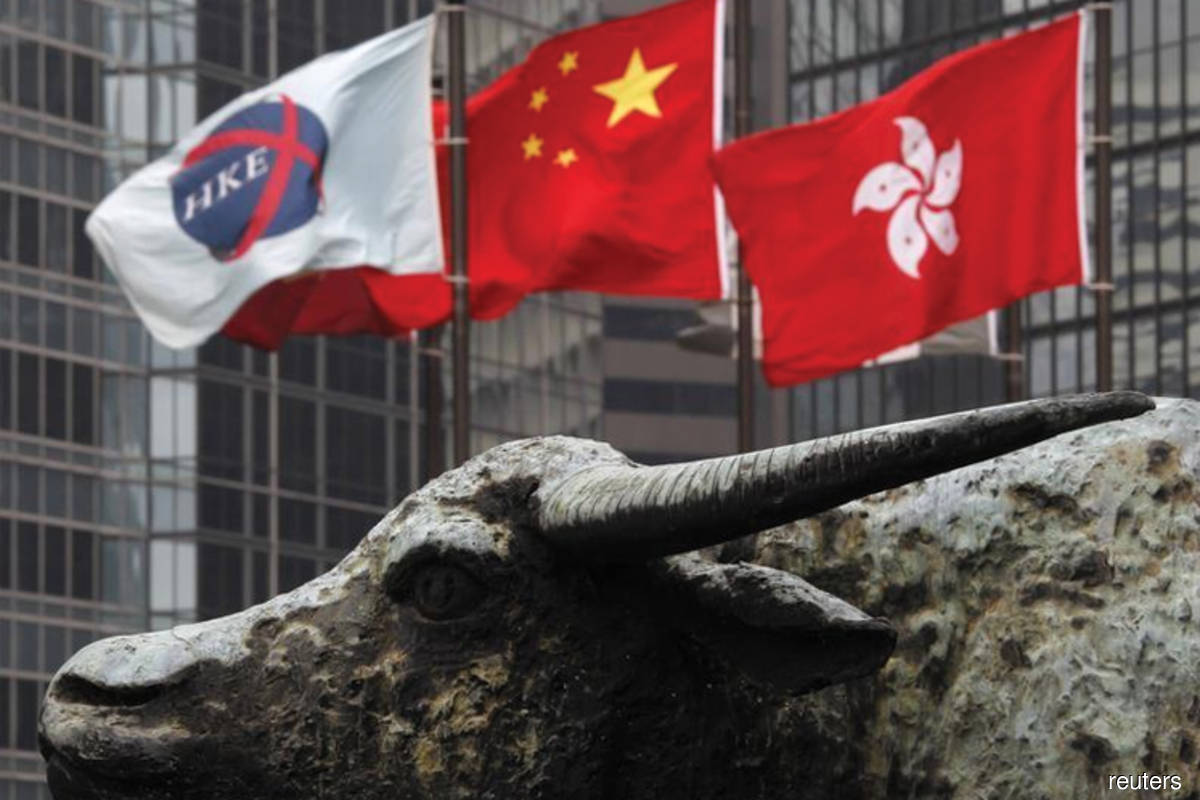 Hong Kong shares of HSBC touched 25-year lows and finished down 5.33%, and Standard Chartered lost 6.18%, following media reports that they and other banks moved large sums of allegedly illicit funds over nearly two decades despite red flags about the origins of the money.

"The big banks ... are quite a meaningful weight in the index, and that the banks are going to be under such scrutiny (after the reports) is going be a big distraction for investors in this part of the world," said Jim McCafferty, head of equity research, Asia ex-Japan at Nomura in Hong Kong.

The sub-index of the Hang Seng tracking the financial sector ended 2.14% lower.

Shares of Tencent Holdings fell 1.62% after the social media giant said that its WeChat messaging platform may not be able to win new users in the United States amid a legal battle over a ban on the app.

A US judge on Sunday blocked the Trump administration from requiring Apple Inc and Alphabet Inc's Google to remove WeChat for downloads by late Sunday.