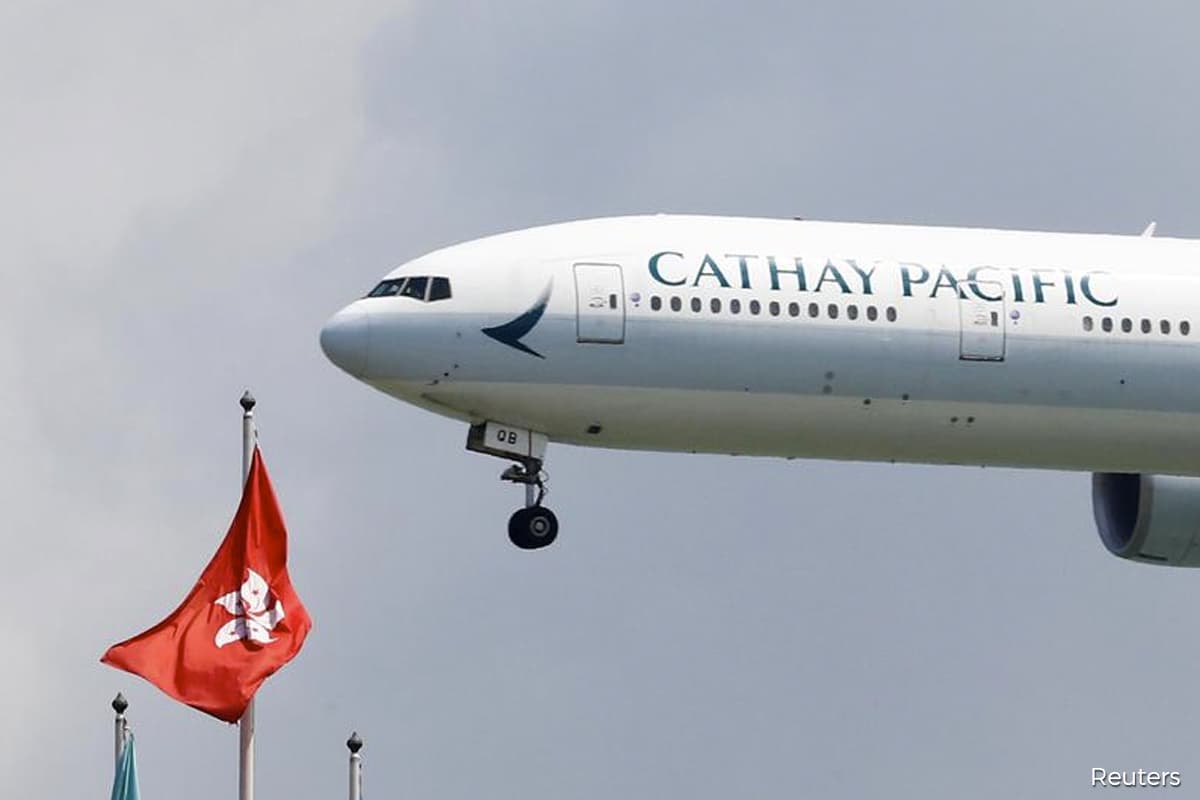 (Oct 22): They’re both pillars of their economies, highly regarded by customers and totally reliant on international travel. They’re also in deep financial strife and shedding thousands of jobs because of the virus crisis.

Cathay Pacific Airways Ltd. and Singapore Airlines Ltd. have stood out for over half a century as aviation powerhouses, prestigious brands atop a lucrative market fueled by Asia’s economic boom. The pandemic has severely hurt the pair, but Hong Kong-based Cathay is likely in a tougher spot, analysts say.

Cathay said Wednesday it is laying off nearly 6,000 people -- including about 600 pilots -- and eliminating 2,600 vacant positions, which combined amount to about 24% of its total workforce. It’s also shuttering regional airline Cathay Dragon and redoing contracts for pilots and cabin crew. The goal is to reduce unsustainable cash burn by HK$500 million (US$65 million) a month.

Cathay’s cull follows Singapore Airlines saying in September that it was cutting 20% of its workforce, or 4,300 positions, not long after it raised $11 billion (US$8 billion) from a rights issue and loans. Cathay also raised billions of dollars in a restructuring in June that, among other things, resulted in the Hong Kong government getting a stake and two observer seats on its board.

The outlook remains challenging at best, with Cathay warning that it will be operating at well under 50% of pre-pandemic passenger capacity next year. And that’s its most optimistic scenario. Cathay’s shares fell 3.1% Thursday morning, erasing the previous day’s gain.

Singapore Airlines is in a better position because its staff costs are about 20% lower than Cathay’s, said K. Ajith, an analyst at UOB Kay Hian Pte in Singapore. Still, he raised his rating on Cathay to buy and also upgraded Singapore Airlines to buy on Thursday.

Passenger numbers have dwindled alarmingly at both Cathay and Singapore Airlines, which are even more vulnerable than most during this crisis as they don’t have any domestic market to help fill some of the void left by the lack of international travel due to border closures.

“The future remains highly uncertain,” Healy said Wednesday. “This crisis is deeper, and the road to recovery slower and more patchy than anyone thought possible just a few short months ago.”

When Singapore Airlines announced its job cuts in September, including at its SilkAir and Scoot units, Chief Executive Officer Goh Choon Phong said it wasn’t clear which airlines globally would survive.

The city-state’s flag carrier initially managed to resist job losses thanks to aid from a government job-support program. Like Cathay, Singapore Airlines dominates the aviation industry in its home market, saying it supports more than 12% of its gross domestic product and 375,000 jobs.

Beyond the similarities lies a striking difference: Cathay has to balance its Hong Kong roots with its ties to Beijing. The airline was criticized by China last year after staff took part in anti-government demonstrations, and then faced a backlash for acquiescing to Chinese demands.

More broadly, the unrest in Hong Kong meant Cathay was stuck with a slump in revenue prior to the pandemic as people refrained from traveling to the city. Cathay issued profit warnings toward the end of 2019 and said, even then, that the short-term outlook was challenging and uncertain.

“Hong Kong itself seems to be losing its importance and relevance in the greater scheme of things for China, and discontent there is also hurting its long-held reputation as a good, stable place to do business,” said Sanjiv Kapoor, a former head of strategy and commercial operations at Vistara, the Indian affiliate of Singapore Airlines.

The rise of Chinese carriers also complicates Cathay’s position as they are capable of engaging in price wars and could reduce the relevance of Hong Kong as a hub with their direct flights from the mainland to the U.S. and Europe.

While the Singaporean government guarantees that its flag carrier won’t collapse, Cathay has to deal with extra geopolitical challenges as China dictates rules on land, sea and air, said Shukor Yusof, founder of aviation consultant Endau Analytics in Malaysia.

“I’m not as optimistic as the airline’s chairman that the cuts -- large as they appear -- will suffice to get through Covid-19 in one piece,” he said. “I would bet my money that Singapore Airlines will come out of this stronger.”