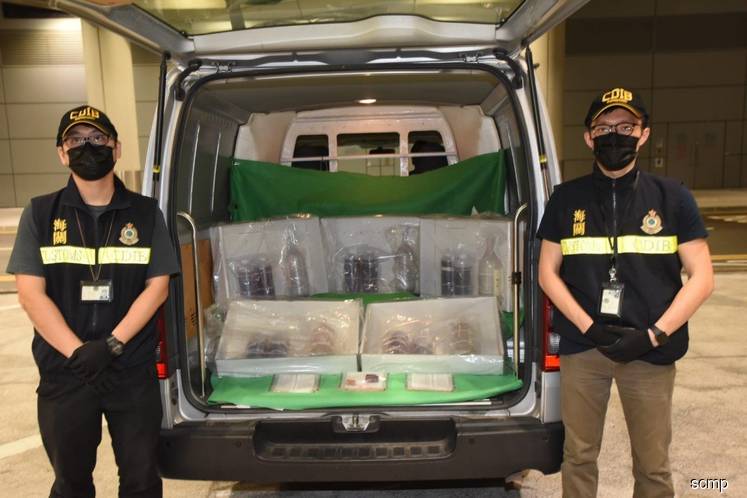 HONG KONG (Oct 23): Five bottles of wine carrying more than HK$11 million worth of suspected liquid cocaine were found in the luggage of a man arriving from Malaysia, according to the Customs and Excise Department

The 30-year-old was selected for a routine Customs search at Hong Kong International Airport at about 1am on Tuesday soon after he landed on a plane from Kuala Lumpur.

“Five red wine bottles were found inside his check-in luggage and each bottle contained two litres of suspected liquid cocaine,” a senior Customs officer said on Wednesday. Nine grams of a substance suspected to be the methamphetamine Ice
were also seized in the luggage.

The Customs officer said the haul had an estimated street value of HK$11.6 million (US$1.48 million) and officers were investigating whether it was for local consumption.

The suspect was arrested on suspicion of trafficking in a dangerous drug, an offence that carries a maximum penalty of life imprisonment and a HK$5 million fine.

As of 7pm on Wednesday, the man was being held for questioning and had not been charged.

On September 19, police arrested four Malaysians — three men and one woman — with nine wine bottles, holding HK$20 million worth of suspected liquid cocaine, in a raid on a Cheung Sha Wan flat.