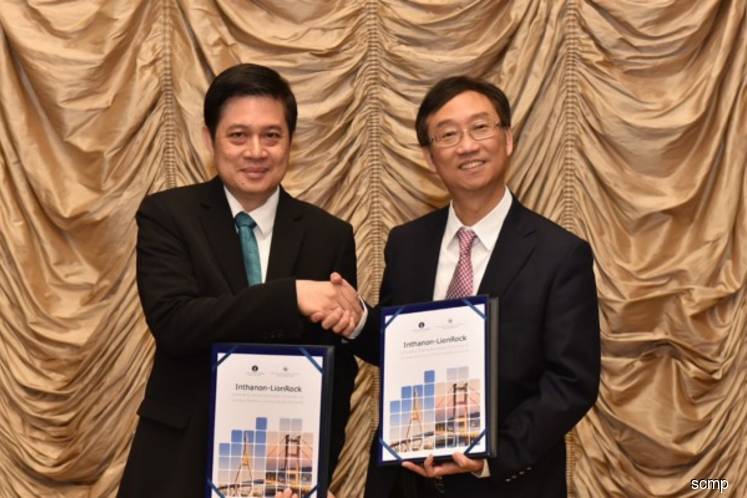 (Jan 23): The Hong Kong Monetary Authority and the Bank of Thailand said on Wednesday that they have successfully completed the initial phase of their respective sovereign digital currencies project.

Now, the city’s de facto central bank wants to invite more banks to take part in the next stage of Project LionRock-Inthanon – real-world testing of the blockchain-backed digital currency in cross-border payments.

Colin Pou, executive director of financial infrastructure at HKMA, said as the project now was progressing to actual testing, he is confident that more banks from Hong Kong will join.

“The HKMA and the Bank of Thailand will select some real bilateral trades as part of our further testing [of the network] to look into how these payments and cross border fund transfers are done,” said Pou.

Currently, 10 banks from both Hong Kong and Thailand have been roped into the project. These include Krungsri, Siam Commercial Bank and Kasikorn from the Thai side. Hong Kong virtual bank operator Zhong An Technologies International is taking part, while HSBC is participating in both legs of the project.

Project LionRock-Inthanon was first unveiled by the two central banks in November 2019 during the Hong Kong Fintech week, taking forward a fintech collaboration between the two sides signed in May.

The goal of Project LionRock-Inthanon is to build a blockchain-backed “corridor network” to be co-managed by the two central banks, which will enable commercial banks to make cross-border payments using the sovereign digital currencies to settle bilateral trade for their corporate clients. Thailand-Hong Kong bilateral trade is expected to reach US$20 billion this year, up from US$19.6 billion in 2018.

No timetable was given for the launch of the digital currencies on Wednesday.

The aim of the two central banks’ respective sovereign digital currencies is to streamline the layers of banks that are traditionally involved in transferring funds and settling foreign exchange, which will ultimately help companies to save costs. Instead of going through several correspondent banks in between, a bank will now be able to directly transact with its Thai counterpart via the “corridor network”, helping their clients achieve real-time settlement and reduce settlement risks.

Under a two-tier issuing system, the HKMA will issue digital tokens to banks in exchange for Hong Kong dollars and similarly redeem the tokens for real currency.

While initially, the two central bank digital currencies will primarily be used to settle cross-border trade in Hong Kong dollars and Thai baht, the HKMA hopes to expand the network to include more currencies and invite more central banks to join the network.

Guillaume Rico, a director at Chappuis Halder & Co in charge of the consulting firm’s central bank digital currency practice, expects some of the city’s eight virtual banks to be particularly keen to join the project as their focus is primarily on servicing small to medium-sized enterprises.

“The holy grail for many virtual banks is the SME market, as they want to provide banking services to a market segment where traditional banks have failed,” said Rico.

Central bank digital currencies and blockchain are shaping the future of cross-border payments and these directly address the traditional cross-border payment difficulties faced by cash-strapped SMEs, he said, adding that virtual banks would be keen to provider faster banking services at competitive costs by taking part in the project.