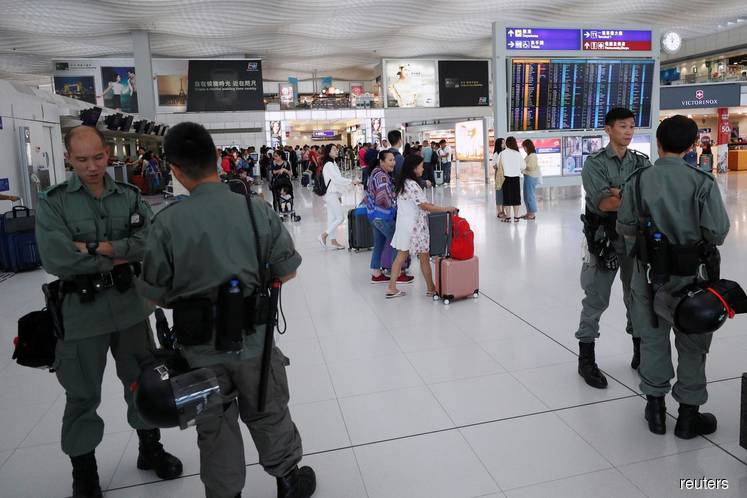 SYDNEY (Nov 29): Airlines that fly to and from Hong Kong will be able to keep their prized airport slots even if they temporarily cut capacity due to weak travel demand through March, according to the Hong Kong Civil Aviation Department.

Many airlines, including flagship home carrier Cathay Pacific Airways Ltd, South African Airways and Malaysia's AirAsia Group Bhd have cut flights to and from Hong Kong temporarily as a result of sometimes violent anti-government protests that have led to a sharp fall in tourist and business travel demand.

More than 5,800 people have been arrested since the unrest broke out in June over a proposal to allow extraditions to mainland China, the numbers grew in October and November as violence escalated.

Under more normal conditions, it is tough for airlines to get take-off and landing slots at Hong Kong's airport because it lacks capacity until a third runway will come into operation in 2024.

A "use-it-or-lose-it" rule stipulates an airline normally only keeps slots out of historic precedence if it can demonstrate it used them at least 80% of the time in the previous airline scheduling season.

Hong Kong's Civil Aviation Department said in a statement to Reuters on Thursday evening that in order to provide airlines with greater flexibility in aircraft deployment to deal with the fall in passenger demand, the "use-it-or-lose-it" rule had been temporarily suspended for the winter season.

Airport Authority Hong Kong reported declines in October of 13% in passengers and 6.1% in the number of inbound and outbound flights - the steepest falls since the unrest began.