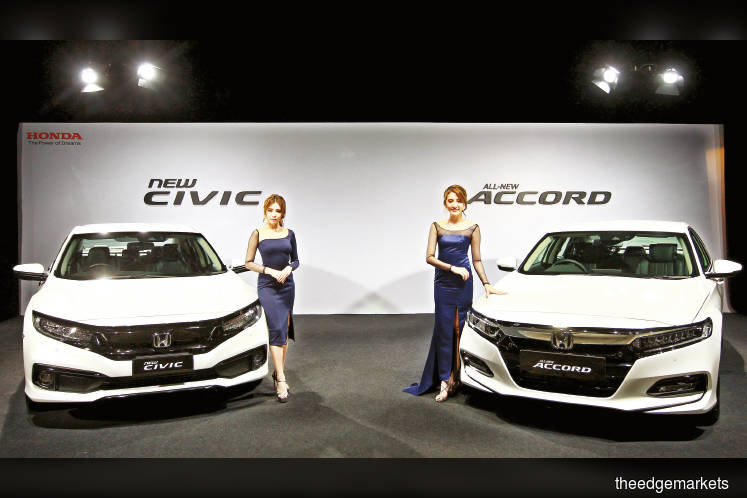 ‘Each generation of the Accord continues to shine by setting a higher benchmark in styling, technology and advanced features in an executive sedan,’ says Ishiyama. (Photo by Patrick Goh)

Honda Malaysia managing director and chief executive officer Toichi Ishiyama said Honda has been producing the Accord since 1976, and that there are now more than 84,100 units of the Accord on Malaysian roads.

“Each generation of the Accord continues to shine by setting a higher benchmark in styling, technology and advanced features in an executive sedan,” he said.

As for the Civic, since the 10th generation model was introduced four years ago in 2016, Honda Malaysia has sold 48,000 units of the car. As at January this year, the group has sold over 135,000 Civic cars in all.

“We are certainly very excited about the launches. This is the first time we have launched two different models in a day. We are very excited and looking at these two models to spear us ahead this year,” said Honda Malaysia head of sales and marketing Sunita Prabhakaran.

The new Accord comes with the enhanced 1.5-litre (L) VTEC turbocharged (TC) engine, which makes Honda the first Japanese mass market manufacturer to introduce the TC engine, which is more powerful than a 2.4L engine, in the D-segment.

The new Civic, meanwhile, is powered by a 1.5L VTEC TC engine, which is aimed at providing an unmatched “joy of driving” feel that offers maximum power output of 173PS and maximum torque of 220Nm, equivalent to a 2.4L engine performance.

The new Civic is also offered in the 1.8L i-VTEC engine which produces 141PS and 174Nm of torque, ideal for owners who prefers a naturally-aspirated engine, according to Honda Malaysia.