Home ownership only a price issue? 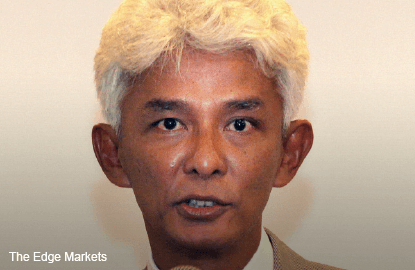 KUALA LUMPUR: Housing affordability has been a thorny issue for the government, and the problem becomes even more prominent after the property boom in recent years.

Khazanah Research Institute managing director Datuk Charon Mokhzani warned that Malaysians will not be able to afford  properties if escalating housing prices are not contained.

The former banking executive said that flooding the market with supply would in turn pull down prices so that people could afford to own property. Also, he believed that employing technologies such as three-dimensional building plans and using the industrialised building system would help to reduce costs, hence lowering selling prices.

However, some quarters doubt that flooding the market with an ample supply is the way to resolve the housing affordability problem in the country as the consequence of a property market crash and its chain effect could be a steeper price for Malaysians to pay.

When contacted, an economist with an investment bank, said a supply glut in the property market could lead to a crippled financial system, citing the example of the US subprime loan crisis.

“The danger in doing this is that, if we look at the financial crises that have occurred, a lot of these were caused by a collapse in the asset price market, including property prices,” he said.

Speaking at a forum on “Does Greater Prosperity Come with Less Housing Affordability”, on Wednesday, Charon pointed out that housing prices in urbanised areas such as Kuala Lumpur and Penang are categorised as severely unaffordable and other less urbanised areas risk descending into this category if rising property prices are not curbed.

Charon commented that it was unsustainable for the government to grant subsidies and cheap housing loans to the public and he stressed that the solution was to reduce housing prices.

An economist acknowledged that the transformation of the economy from one that is geared towards low-skilled, low-wage to a high-skilled, high-wage economy is a long-term solution to address the issue of housing affordability.

“From all the investments that we have seen so far, the type of investments Malaysia is attracting is moving in the right direction towards creating high-income jobs,” he said. “But whether it will be enough for the country to propel to a high-income nation status remains to be seen,” he added.

The economist observed that the government has not shown a strong commitment to curtail the economy’s reliance on cheap labour and low value-added manufacturing to drive the economy.