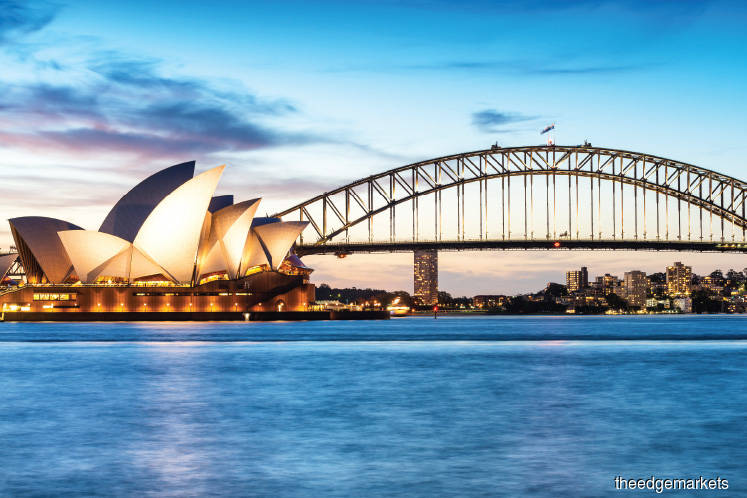 The year-end holiday season is the ideal time to start planning next year’s getaways, especially since we have got quite a number of long weekends in 2019. Sunny, summery Australia is hugely popular among Malaysians, so here are some great events going on in the commercial capital of Sydney throughout next year to help you do some advance planning. Rolling Stones
This is the iconic British band’s first-ever major retrospective, and Exhibitionism: The Rolling Stones Exhibit is also the largest touring experience of its kind ever to be staged. This is the first time the band has unlocked their vast private archive exploring the beginnings of their history to the Stones’ superstardom of today. The exhibit will see over 500 Stones’ items including vintage guitars, 50 years of Stones fashion, more than 190 original artworks spanning Andy Warhol to Elton John, and interactive sound mixing decks.
Where: ICC Sydney Exhibition Centre
When: Until Feb 3 Tamworth Country Music Festival
Being Australia’s largest music festival and one of the top 10 music festivals around the world, the Tamworth Country Music Festival runs for 10 days. The festival is also a family-friendly event, which means it is set to have rides, entertainment and more in the Family Zone — making it more than just a music festival. It is a must on every country music fan’s calendar. The line-up will see country music sweetheart Beccy Cole, who has 10 Golden Guitar Awards to her name, as well as eight-time Golden Guitar Award winner Adam Harvey — set to make highlight performances of the festival.
Where: Tamworth, New South Wales
When: Jan 18 to 27 Laneway Festival
The ever-popular Laneway Festival returns to Sydney next February. The St Jerome’s Laneway Festival is all about leading new and revered seminal music and is an annual gathering of the best pioneering artistes. The festival has always been interested in finding what is fresh and bringing it to music lovers. Since its beginnings, the Laneway Festival has grown into one of the most well-respected and religiously attended events in the Australian festival scene. The 2019 line-up promises not to disappoint either — including acts such as Baker Boy, Charlie Collins and Skeggs — just to name a few.
Where: Callan Park, Rozelle
When: Feb 3

Handa Opera on Sydney Harbour
What promises to be a sweet treat is Handa Opera on Sydney Harbour, which will show West Side Story come March 2019. It is the first time a musical will be performed at this event and featuring the favourite infectious tunes including Somewhere, I Feel Pretty and Tonight. With a backdrop against Sydney’s skyline at Mrs Macquarie’s Point, it is set to be an event to kick back and enjoy champagne under the stars as you forget the world to the glorious tunes of West Side Story. What could be better?
Where: Mrs Macquarie’s Point
When: March 22 to April 21 Vivid Sydney
The world’s largest festival of light, music and ideas returns to Sydney once again. Held from late May to mid June, Vivid Sydney features many of the world’s most important creative industry forums, a mesmerising free public exhibition of outdoor lighting sculptures and installations, and a cutting-edge contemporary music programme. Owned, managed and produced by Destination NSW, Vivid Sydney has become a hallmark event for the state that has defined Sydney’s cultural identity.
Where: Locations across Sydney
When: Late May to mid-June