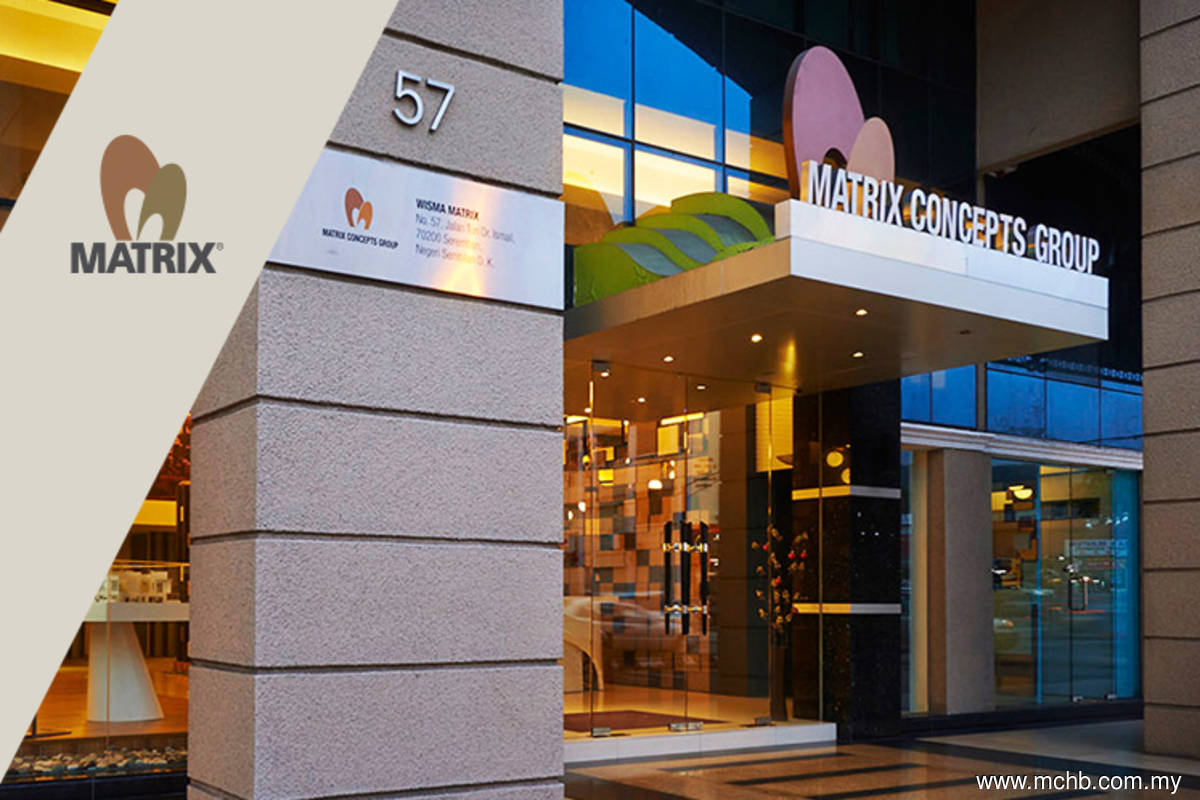 Matrix also reported FY20 sales of RM1 billion, short of the initial RM1.3 billion target with management clarifying that the effective tax rate was higher in 4QFY20 largely due to a conservative approach towards deferred tax asset realisation.

Lim said the research house viewed this positively as the quarterly earnings did relatively better in comparison to its property peers, which registered much wider decreases.

“We understand that RM1041.7 million worth of gross development value (GDV) will be launched in FY21, with 87% stemming from its key township at Bandar Sri Sendayan while the rest are from Bandar Sri Impian. We expect high-[rise] projects in the Klang Valley (in Puchong and Damansara Perdana) to only be launched earliest in FY22, depending on market conditions,” he added.

The HLIB Research analyst said prior to the halt in operations from Covid-19, the Menara Syariah Twin Towers was ahead of schedule with piling works done.

However, an approximate six-month delay in completion (subject to health advisory by the Indonesian authorities) is now expected as work on-site has yet to resume.

In the virtual meeting, Matrix said its initial completion date was targeted for 2021 and management has clarified that the delay is not expected to cause losses for Matrix. Sales and marketing activities will be carried out once construction resumes.

“FY21 sales are set at RM1.1 billion which we believe will be achievable (despite market conditions) as we note that over RM700 million worth of property bookings was made during the movement control order (MCO) period. Earnings visibility will continue to be supported by new sales and unbilled sales of 0.8x cover (RM1 billion).

“To compensate for the slowdown of construction progress during the MCO, construction works are being ramped up to get it back on track (targeted to catch up within six months),” Andrew explained.

In terms of dividends, HLIB Research conservatively expects Matrix to be able to pay at least 10.5 sen per share for FY21 which translates to a yield of 5.7%. Matrix’s healthy balance sheet of 0.07x net gearing as of FY20 will provide the buffer to sustain through this challenging environment, it noted.

“We will continue to like Matrix as it is well-positioned to ride on affordable housing themes within its successful townships with cheap land cost and sustained property sales. This is supported by an attractive dividend yield of 5.7% for FY21 and 6.8% for FY22, being one of the highest in the sector.”