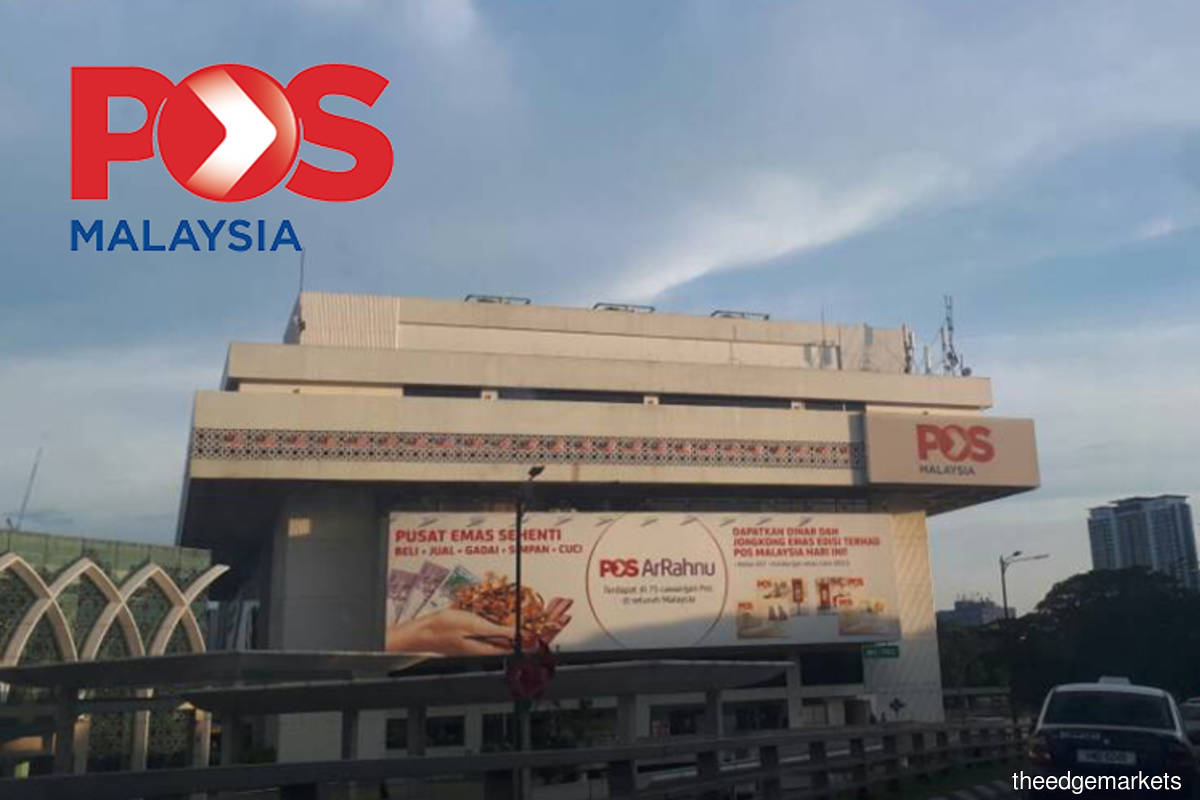 However, the research firm keeps its FY22 forecast on the group at RM16.1 million.

Its quarterly revenue dropped 12% quarter-on-quarter to RM544.63 million as revenue from mail and international businesses declined.

HLIB Research analyst Nazira Abdullah, who attended the group's briefing yesterday, said the management of Pos Malaysia expected the entire group, as well as its postal segment, to break even in FY21.

"However, we believe such targets could prove to be an uphill task; its 20% growth in courier seems to be a relatively tall target considering that FY20 was an abnormal year driven by extraordinary volume surge due to Covid-19 lockdowns.

"Nonetheless, we do believe FY21 courier volume will be higher than pre-pandemic levels (driven by the new normal of shopping trends)," she said in a note today.

However, she reckoned the volume will not be as high as what was observed in the second and third quarters of last year, as the second Movement Control Order (MCO 2.0) was not as restrictive as MCO 1.0.

HLIB Research maintains its "hold" call on the group but with a lower target price of 87 sen, from 93 sen previously based on a P/B multiple of 0.65 times on FY21 book value per share of RM1.34 as the research firm makes changes to its earnings base.

"Although management is confident that progress of its transformation programme is improving and should be able to pick up and return to profitability in FY21, we believe that it will go through a gestation period alongside near-term headwinds that may remain," the analyst added.

At the time of writing, shares of Pos Malaysia were one sen or 1.15% higher at 88 sen with some 1.04 million shares traded. This gave the group a market capitalisation of RM688.84 million.