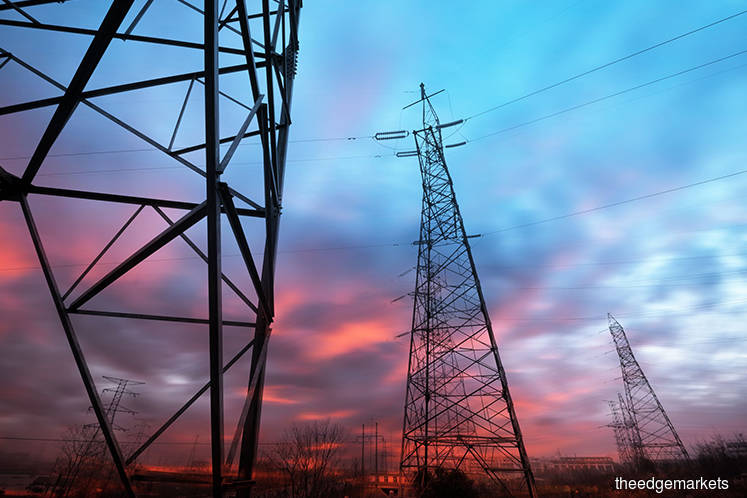 In a note today, HLIB Research analyst Daniel Wong said TNB will remain neutral from the fluctuation of fuel prices under the cost past-through to end users under the Imbalance Cost Pass-Through (ICPT), while electricity demand will remain healthy on the immaterial net change in electricity tariffs.

He noted that the Ministry of Energy, Science, Technology, Environment and Climate Change (MESTECC) is currently studying a proposal on whether to allow new energy suppliers to come into the market to allow consumers to choose electricity suppliers other than TNB, effectively promoting more competitive tariffs.

However, Wong said the liberalisation of the power retail market will not pose material earning risks to TNB.

HLIB Research maintained its hold call on TNB with an unchanged target price of RM13.65.

Meanwhile, it also maintained its hold call on YTL Power but with a lower target price of 80 sen, from 88 sen previously.

Wong noted that YTL's Power wholly-owned subsidiary PowerSeraya has plunged into red territory since the first quarter of 2019, owing to further cut in vesting contract to 14%, from 20%, by the Singapore government.

He said the whole Singapore power sector is in losses, mainly due to overcapacity and fixed take-or-pay contract of LNG import up to 2023.

"We are concerned the situation will persist until 2023 before any signs of potential recovery," Wong added.

At the same time, Wong said he does not anticipate any satisfactory outcome from the tussle between 60%-owned YTL Communications Sdn Bhd and the Malaysian government over the cancellation of the 1BestariNet contract.

"We believe there is possibility of impairments and higher losses in FY20 due to the loss of the contract. YTL Communications recorded loss before tax of RM28.3 million in 9MFY19 and RM98.8 million in FY18," he added.