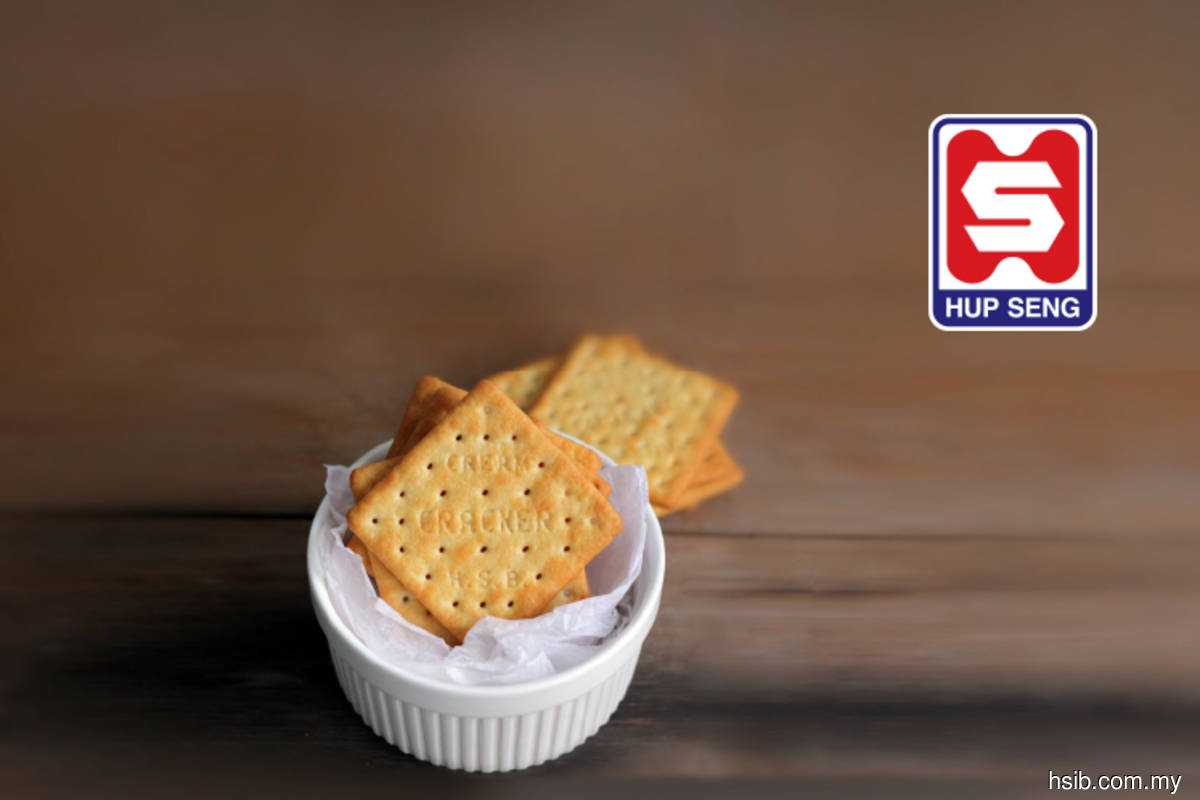 As such, the research firm's forecast, a "sell" recommendation, and target price of 76 sen, should no longer be used as a reference going forward, it said.

"3QFY21 core PAT (profit after tax) of RM3.3 million (quarter-on-quarter :6.9%, year-on-year [y-o-y]: -72.2%) brought 9MFY21 sum to RM16.8 million (-44.9% y-o-y). This missed our and consensus expectations, accounting for 49% and 41% of full-year forecasts, respectively. The deviation was on the back of weaker-than-expected top line coupled with EBITDA margin compression from the elevated raw material costs," the research firm said in a note dated Nov 11.

Furthermore, HLIB said it views the company's absence of dividends for the quarter under review as negative as Hup Seng is known as a stable dividend counter.

Following the recent news of cancer-causing substances allegedly detected in all 60 samples of pre-packaged biscuits and crackers tested by the Hong Kong's consumer watchdog, the research firm takes a negative view of this claim as consumers may become cautious following this news, which in turn would affect sales in the near future.

"Nonetheless we note that Malaysia's MoH (Ministry of Health) has reassured that the average level of acrylamide content of biscuits and crackers is below the benchmark set by European Commission regulations. Additionally, with the still elevated raw material costs (CPO price: +57% y-o-y) we view that earnings will remain tepid for the remaining of the year. Note that CPO makes up approximately 40% of the group's raw material cost," it added.