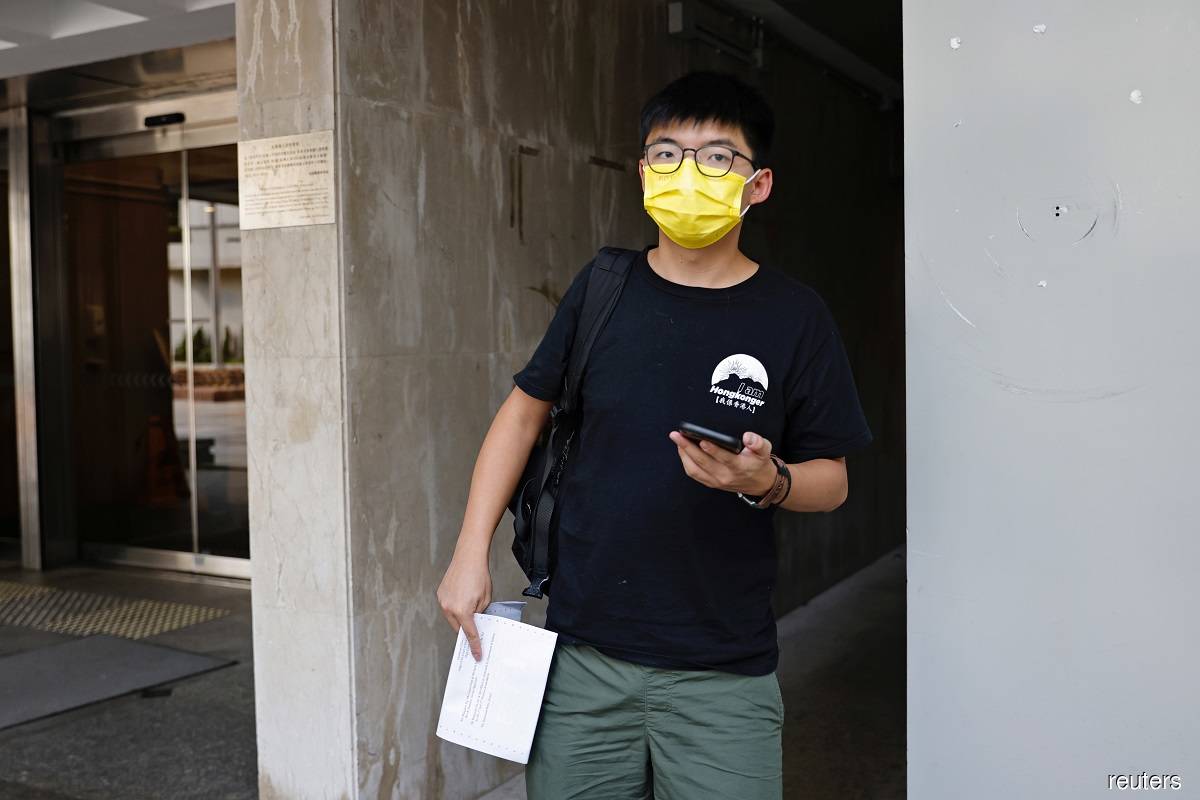 Pro-democracy activist Joshua Wong leaves the High Court after hearing the result of a judicial review over the disqualification from district elections in Hong Kong, China, Sept 23, 2020. (Photo by Reuters)

HONG KONG (Sept 23): A Hong Kong court rejected on procedural grounds on Wednesday a challenge by pro-democracy activist Joshua Wong to his disqualification from district elections in the city last year.

Opposition politicians and activists had been watching Wong's challenge closely as they press their campaign for greater democracy in the Chinese-ruled city through conventional politics and protests.

Wong, 23, was the only candidate in the district council elections to be disqualified, with authorities saying his candidacy contravened electoral laws that bar "advocating or promoting self-determination" for the former British colony.

Wong, who China calls a "black hand" of foreign forces, said at the time he supported the idea of a non-binding referendum for people to have a say over Hong Kong’s future status within China. But he is against independence, which is anathema for Beijing.

In rejecting his challenge to his disqualification, judge Anderson Chow said Wong should have filed an election petition instead of a judicial review, meaning he had chosen the wrong legal procedure.

Wong said he will decide his next steps after consulting lawyers.

Wong, who became an international figure after leading protests as a teenager in 2012 and 2014, was also among 12 opposition candidates recently disqualified from running in elections for seats in the city's legislature.

Those polls were postponed by a year, to September 2021, with the government citing the risk of the novel coronavirus.

Election officials said grounds for disqualification from the city legislature election included perceived subversive intentions, "opposition in principle" to a new national security law imposed by Beijing and intentions to form a majority that could block government legislation.

Critics said the Hong Kong government's decision to postpone the elections was an attempt to weaken the pro-democracy opposition in the semi-autonomous city. Hong Kong authorities said the only consideration was public health.