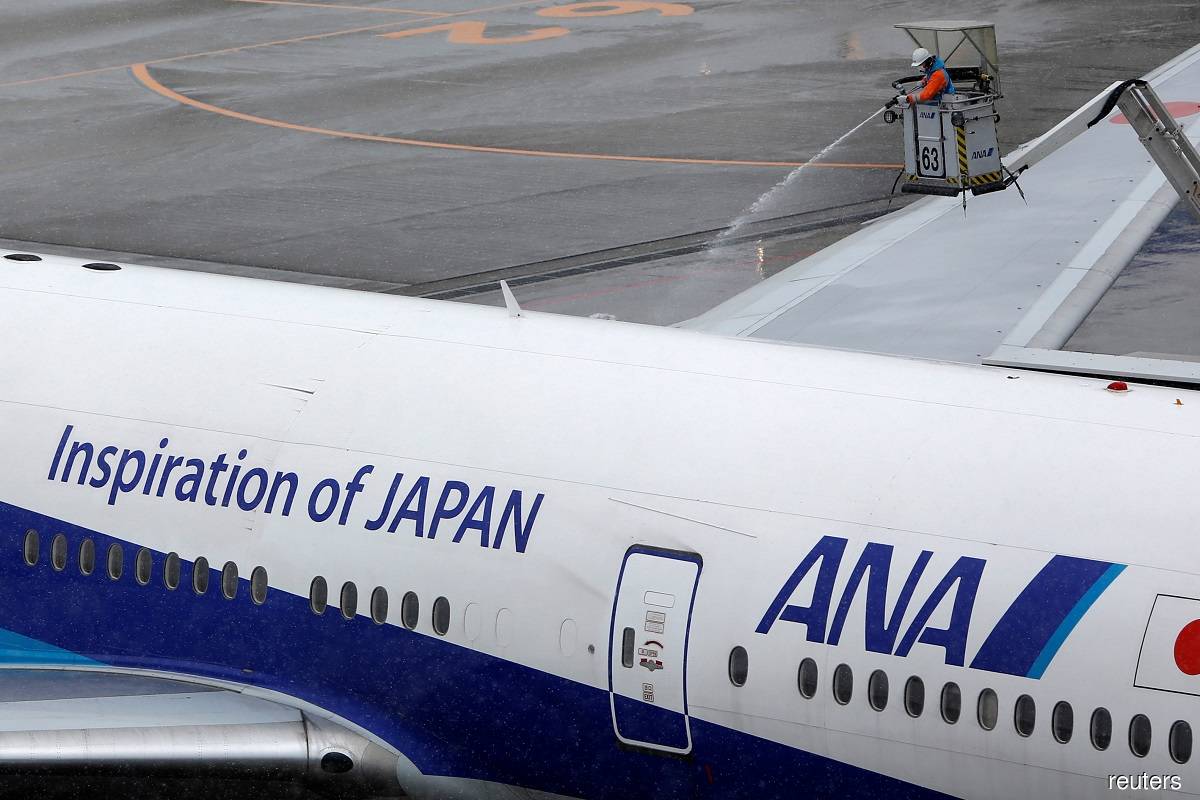 TOKYO (Oct 21): Japanese airline operator ANA Holdings is expected to suffer a net loss of around ¥500 billion for the fiscal year to March after the Covid-19 pandemic battered travel demand, a source with direct knowledge said today.

Forecast to book its biggest loss, Japan's largest airline has turned to billions of dollars in loans and a government tourism campaign to weather the slump in air travel, and could take advantage of accounting rules to avoid aircraft write-downs.

As part of its cost-saving efforts, the airline plans to cut its fleet of aircraft by about 25, said the source, who declined to be named due to the sensitivity of the matter.

A company spokeswoman told Reuters that nothing had been determined.

Global airlines have taken a hit from the plunge in travel caused by the coronavirus, scrambling to cut costs as losses mount.

ANA is also slashing personnel costs through redundancies and paycuts, and along with rival Japan Airlines Co Ltd is getting government help including a waiver on airport landing fees.

Tokyo sees the carriers as crucial to keeping Japan, a 3,000km archipelago stretching along the edge of East Asia, connected.

The airline also plans to reduce its international routes, hoping to survive through the pandemic with a large domestic market.

It plans to suspend a large volume of international flights at three airports in Japan, with about an 80% cutback at Narita airport, according to an email from the company president to employees seen by Reuters.

The company is scheduled to release its earnings results on Oct 27.

The Kyodo news agency earlier reported that ANA planned to cut its fleet of wide-body aircraft by half as part of restructuring plans expected to be disclosed later this month.