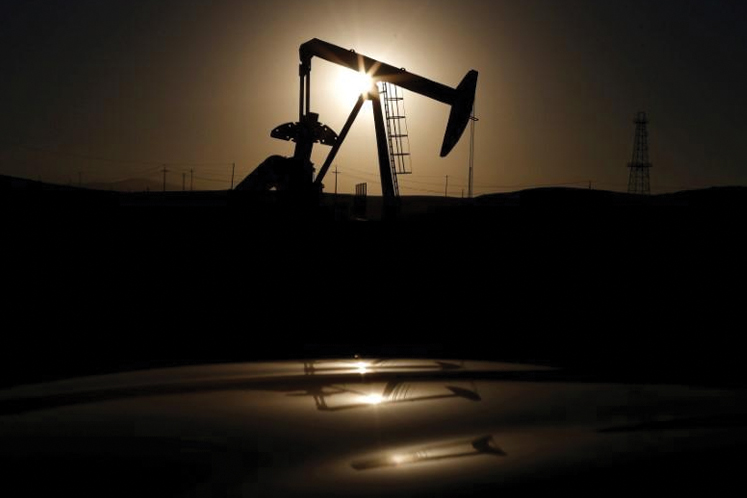 LONDON (April 7): About US$25 billion of oil and gas deals are hanging in the balance following crude’s historic collapse, potentially doing further harm to the finances of companies already battered by the slump.

Companies including Occidental Petroleum Corp, BP Plc and Exxon Mobil Corp are relying on asset sales started last year to bolster their finances. But many deals look less attractive now with oil near US$30 a barrel and a bleak outlook for the global economy, according to consultant Wood Mackenzie Ltd.

As oil companies around the world scramble to protect their finances by boosting credit lines, slashing spending and suspending buybacks, those leaning too heavily on asset sales may need to find other measures.

“I think they’re going to be extremely difficult to execute in the near term,” said Greig Aitken, director of M&A research at WoodMac. “It’s borderline impossible for the next few months.”

Valuations have been hit hard by the slump. Infections and deaths from the coronavirus pandemic are still climbing, and large parts of the world are likely heading toward a recession. While OPEC and other major producers are planning talks this week to help steady the market, immense output cuts would be required to compensate for a demand destruction that some traders estimate has risen to as high as 35 million barrels a day.

Failed assets sales would only make matters worse for the companies, Aitken said. Oil majors have an additional $27 billion of planned disposals beyond what has been announced.

Occidental’s Sales
Occidental may have the most to lose from a freeze in the market. The US shale producer has a pile of debt due over the next two years and is depending on asset sales to pay it.

A key pillar of its purchase of Anadarko Petroleum Corp last year was selling off its African assets to Total SA for US$8.8 billion. But the disposal of operations in Ghana and Algeria, worth nearly US$5 billion, is yet to be signed off.

Total can walk away from both transactions should Algeria not approve by Sept 30, according to Morgan Stanley. The government there has suggested it may seek to preempt the purchase of the asset, throwing further uncertainty into an already stressed market. Ghana meanwhile is claiming US$500 million in taxes, complicating the deal.

Total declined to comment on the status of these deals. Occidental referred to CEO Vicki Hollub’s Feb 28 remarks that there’s “increased risk” associated with the Algeria and Ghana sales. She also pledged to reach her target of raising US$15 billion from selling assets, with or without the Africa deals.

Occidental also wanted to sell land in Wyoming, which state authorities had expressed interest in buying. However, the outbreak of the virus may complicate the state’s efforts to get that deal done, according to Devin McDermott, a New York-based analyst at Morgan Stanley.

“There are a lot more pressing issues that every state including Wyoming has to focus on right now,” he said.

Even so, Wyoming Governor Mark Gordon said he will “continue to find ways to take steps to explore this opportunity” despite the coronavirus and legislative hurdles in a letter dated March 26. Hollub said the bidding was a “competitive process,” indicating the interest of other bidders.

BP to Exxon
Others including BP, Exxon and smaller companies in the North Sea have also been looking to sell.

In early February, BP said it would boost its divestment program from US$10 billion to US$15 billion by the middle of next year.

The London-based company said last week that it’s still on track to hit that target. It had agreed more than US$9 billion of deals by the end of last year. About US$5.6 billion of that will come from the sale of its Alaskan business to Hilcorp Energy Co, which is yet to close.

Some deal completions may be revised, “particularly while volatile market conditions persist,” BP said last week. It also said at the time that it expects the Hilcorp deal to be completed, and didn’t have any additional comments on the transaction. Hilcorp didn’t respond to a request for comment.

Relying on Disposals
Exxon, already paying its dividend with borrowed money, was relying on asset sales to boost its financial position as it attempts to build a series of megaprojects in one of the worst oil markets in decades.

The company is targeting about US$10 billion of disposals by the end of next year with assets in the Gulf of Mexico, Azerbaijan and Malaysia on offer. But Senior Vice President Neil Chapman sought to temper expectations for successful sales at Exxon’s analyst day in March.

“We don’t expect success on every asset that we put in the market, if the value is not there, we’re not going to transact,” he said.

A spokesman for Exxon didn’t have additional comments on Monday, but referred to company statements on March 5 that divestments are based on strategic fit and growth potential.

The grim macroeconomic outlook is making it “doubly important” that any announced deals close, WoodMac’s Aitken said. But that’s difficult to do since potential buyers are focusing on existing portfolios and looking to crimp rather than seeking new opportunities.