Hishammuddin: RMAF’s aircraft order will have to depend on state of country’s economy 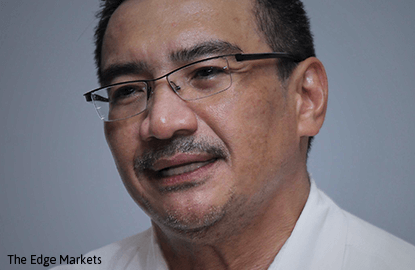 KUALA LUMPUR (Oct 20): Minister of Defence Datuk Seri Hishammuddin Hussein reiterated that Royal Malaysian Air Force (RMAF)’s order for new multi role combat aircrafts (MRCAs) will have to depend on the state of the country’s economy.

In a press conference at the Parliament lobby today, Hishammuddin explained that the choice of vendor for this procurement will depend on the affordability of the package offered, and the technical suitability. This purchase is widely seen as a move to replace RMAF's Russian Mikoyan MiG-29 fighters, which have been in service since the 1990s.

“By the year 2020 we have to make a decision on the [purchase of the] MRCAs. It's an open secret that we are looking at either the [Dassault] Rafale, or the [BAE Systems'] Typhoon from the UK, but we don't have to make the decision now. What we need to do is look at the affordability, and that depends on [the state of] our economy,” he said

Therefore, at the moment, there is no particular budget allocated for the new aircraft, he added.

Hishammuddin also said the RMAF itself will also make a decision as to which new aircraft it wants.

“The technical side of it...the compatibility of the Rafale or the Typhoon...let the end-users decide. Let the air force decide which model they want. The affordability issue is for the MoF (Ministry of Finance) to decide, and then [there is the issue of] the offset agreement [by the vendor]. What does the industry get from such a major contract?” he said.

Hishammuddin said that while the MiG-29s are ageing, it is important for RMAF to upgrade and maintain its current fleet in order to remain operational until 2020.

“The MiG-29 is already very old, but that is not my concern right now. The maintenance and repairs of our Sukhoi [Su-30s] are important.

“We can still deal with the Sukhois, and we are upgrading our [BAE Systems] Hawks...that would take us through 2020, because even if we make the decision now, we won't get the Typhoon or the Rafale immediately, it takes years before they come into operation,” he explained.

Aviation International News, an online portal that tracks industry moves, had in 2014 reported that the RMAF MiG-29 fleet was scheduled for retirement by 2015, and in view of the slower economy, contenders for the new MRCA contract had proposed long-term repayments and lease options to Malaysia.

“There are other reasons why we did not look at the [latest] Sukhois, [Boeing F/A-18] Hornets and the Gripen, which is a Swedish plane, but the most important [factor] is that whatever we do, we must be able to explain to the public,” Hishammuddin said.