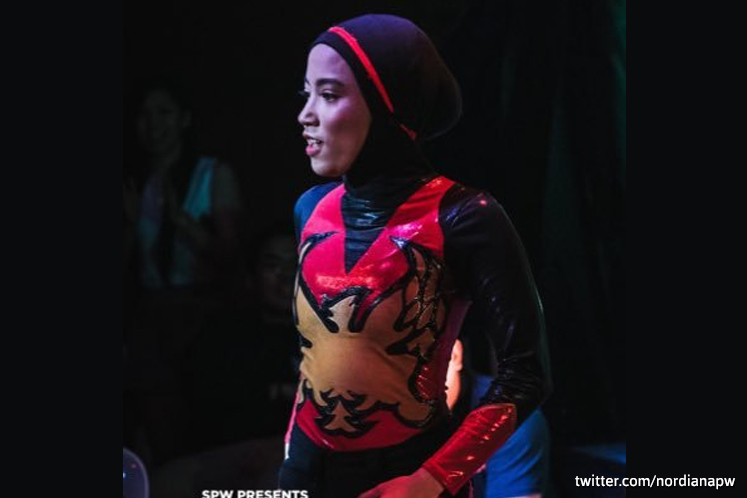 KUALA LUMPUR (April 2): Malaysian professional wrestler Nor “Phoenix” Diana has been featured on the cover of Forbes magazine among other honorees selected for its “30 under 30 Asia Class of 2020”.

“I want to inspire women not just in hijab but women in general. Nothing can stop us as long as we have passion and believe in ourselves,” she said.

Today, Forbes announced its fifth annual “30 Under 30 Asia” list, featuring 300 young entrepreneurs, leaders and changemakers across Asia, all under the age of 30, who are challenging conventional wisdom and rewriting the rules for the next generation.

Amidst challenging times and global uncertainty, the Forbes 30 Under 30 Asia Class of 2020 features bright and innovative leaders who are ready and equipped to adapt to whatever the future may hold, with 30 honorees selected for each of the 10 categories.

“Young women under 21 especially stand out in our 2020 list: From Malaysia’s hijab-wearing wrestler to Bangladesh’s first female comedian and a social entrepreneur helping farmers in the Philippines improve their livelihoods — these fierce game-changers are shattering gender, age and cultural stereotypes across industries,” Wehbe added.

The 2020 list features a diverse set of 30 Under 30 honorees, with 22 countries and territories represented across the Asia-Pacific region. India leads the region with the highest number of honorees of 69 on this year’s list, followed by China with 41. Japan came in third with 31 honorees while South Korea took the fourth place with 25.

Australia, Indonesia and Singapore are tied in fifth place with 22 honorees each.

Selected from over 3,500 nominations, researched by Forbes journalists from across the region and vetted by industry veterans, this select group of relentless individuals are disrupting industries and tackling major global issues.

The criteria for honorees making the list include their demonstration of leadership, how they embody the entrepreneurial spirit that is synonymous with Forbes, and their potential of success in their industry. Other factors like innovation, disruption, and size and growth of their ventures in some categories play a role in making the final decision.