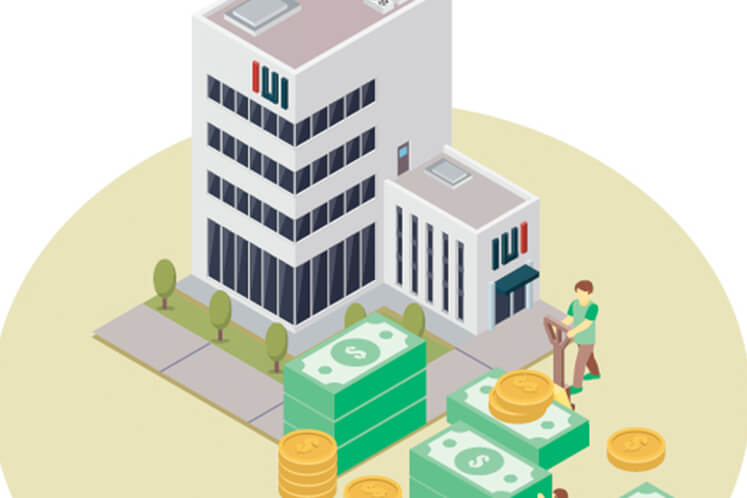 AMID the global political and economic uncertainties, global high-net-worth individuals (HNWIs) tend to shy away from high-risk investments. Instead, they will shift their attention to safer options such as property investments, according to Knight Frank senior partner and group chairman Alistair Elliott.

Speaking to TheEdgeProperty.com, he notes that the robust growth in e-commerce and technology has seen many industry players becoming HNWIs in recent times. This translates to increased capital in the market for investments.

“There is an increase in the ultra-wealthy population from technology and e-commerce sectors. This is an industry which creates wealth in an incredibly fast pace,” he shares.

He notes that this group of people have money and they might be looking at putting their capital in a more stable investment, which means real estate would be their preferred choice.

“The new-born HNWIs are not high-risk seekers. They are paying more attention to the safety of their capital than the size of their returns. Property seems to be offering better returns and are safe, generally,” he opines.

Elliott says, since the majority of property investments come from HNWIs around the world, the growing number of wealthy people will have a positive impact on the real estate industry.

According to “The Wealth Report” by Knight Frank, despite global political and economic uncertainties, wealth creation continued to gather momentum in 2016, resulting in a modest rise in the global population of ultra-wealthy people and reversing last year’s decline.

The report showed that the number of individuals with US$30 million (RM132 million) or more in net assets, defined as ultra-high-net-worth individuals (UHNWIs), rose by 6,340, boosting the total ultra-wealthy population to 193,490. Some 60 people saw their wealth move past the US$1 billion mark, taking the total number of billionaires to 2,024, an increase of 45% in the past decade.

On the places they might be interested to invest their money in, especially those who are looking for second or more properties to invest in overseas, Elliott says they will focus more on the places they visit the most, be it for work or for holiday.

“For well-versed investors, they might be looking at diversifying their investments into other property categories, such as commercial, office or hotel,” he adds. 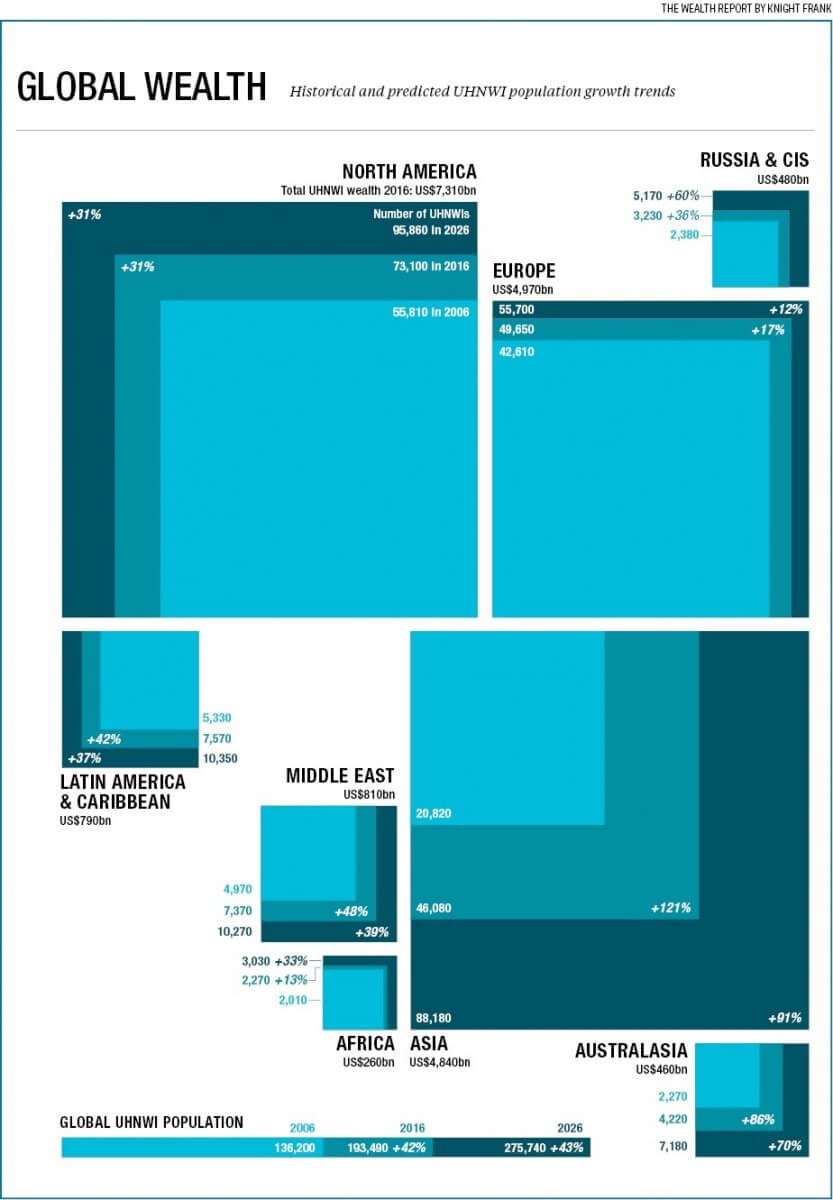 As urbanisation spreads all over the world and market capital continues to grow, Elliott believes Kuala Lumpur will grow in tandem with the global pace.

“There might be some hesitation during uncertainties globally, but there is a lot of capital in the market for investment. For countries which are continuously growing and have robust infrastructure development, they will have the potential to attract investors,” he explains.

However, during times of uncertainties, he stresses that besides infrastructure development, transparency and security are also main concerns for investors. “For countries which lack transparency and have a high corruption rate, it might affect their investment interest,” he adds.

He notes that developing countries have proven successful with ongoing infrastructure developments, making the overall living and business environments more feasible. Investors are not just looking at economic performance figures such as gross domestic product (GDP), but they are also taking the infrastructure development in the cities into consideration as it offers a great potential in terms of investment returns.

Malaysia, Indonesia, India and the Philippines are some of the emerging countries that have significant investments in infrastructure developments. These countries, which are also growing, offer good prospects for investors.

Infrastructure development will definitely be an added value to the security of income, especially for business owners who are looking at setting up their operations in that place. They could be public transportation, airports, and highways or roads, which could promote better connectivity.

Despite the growing trends of work-from-home and co-working space, Elliott opines that there is still a need for office space as people still want a work space that allows them to interact with each other.

“I don’t think people want to spend the whole day in their apartment as they still want a working life, a space where they can communicate with their colleagues,” he adds.

However, the requirements of modern work space have changed as the young working population prefer a work space which incorporates various amenities or activities, such as F&B outlets, gym and retail components. Due to the changing requirements, Elliott anticipates mixed developments with such features will attract more business owners to set up their offices.

On Kuala Lumpur’s office market, he says the market remains challenging due to rising supply, but demand for office space will go up with the growing pace of business activities.

“In the current tenant’s market, it’s a good time for business owners to look for suitable work space. But I believe demand for office space will continue to rise, and in the future it will be a landlord’s market,” he notes.