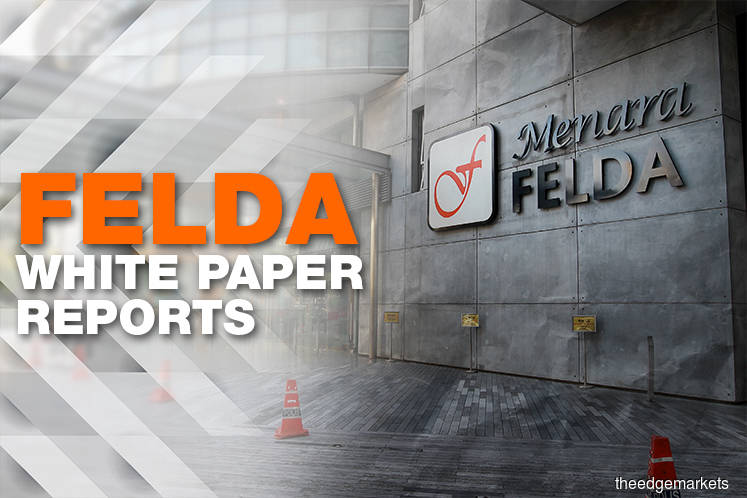 Mohamed Azmin added Federal Land Development Authority (Felda) will restructure payment of principal and delay of loan payback amounting to RM1.98 billion in 2019, and balance of payment worth RM9.3 billion scheduled for payment between 2020 and 2028.

"The government has agreed to provide government guarantee to allow Felda to restructure its loans with financial institution," said Mohamed Azmin when he tabled the White Paper.

Mohamed Azmin said its cash averaged RM2.5 billion between 2007 and 2011, when it was still profitable.

According to the White Paper, Felda made a net profit of between RM200 million and RM1.1 billion annually between 2007 and 2011. This is opposed to a net loss of RM4.9 billion recorded by the firm in 2017.

Felda is slated to complete the development of 3,296 housing units, which is 70% complete. The original cost to complete the remaining 30% is estimated at slightly over RM196 million.

Under the Land Lease Agreement (LLA) between Felda and FGV, Felda should receive a payment of RM248 million per year and profit share of 15% for Felda's lease of its commercial land for a course of 99 years.

"However, Felda only received an average of RM400 million a year from FGV, as opposed to RM800 million required per year in the minimum to manage the plantation and to ensure the livelihood of the settlers," said Mohamed Azmin.

Mohamed Azmin said its investment into 37% stake in Eagle High Plantations which cost RM2.3 billion was only valued at RM500 million as at March 2019.

The report also noted the purchase of Kensington Plaza in London, initiated by ex-chairman Tan Sri Isa Samad without Felda board approval, at RM331 million whereas market price was only RM128 million at the time.