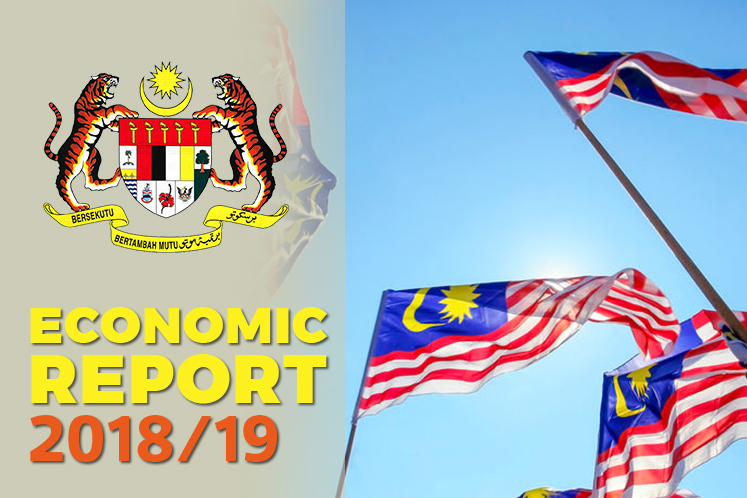 > Global growth is expected to remain favourable at 3.7% in 2018 and 2019. The growth is supported by stable growth in the US as well as in most emerging market and developing economies (EMDEs).

> Cost of living aid will be continued

> The 2019 Budget adopts a two-pronged approach in improving the wellbeing of Malaysians by easing their burden as well as enhancing income opportunities.

> In 2018, the government allocated RM6.8 billion for cost of living aid which has benefitted 7.2 million households. The programme will be continued in 2019 with a more targeted approach.

> In 2019, monetary policy will remain accommodative and considerations for adjustments will depend on risks surrounding the outlook for domestic growth and inflation.

> Loan quality remained strong with stable net impaired loans ratio at 0.98% as at end-July 2018, while the loan lost coverage ratio at 128% and liquidity remains sufficient with surplus ringgit placed with Bank Negara Malaysia at RM177.8 billion.

> Facilities at schools will be upgraded and maintained to ensure that public schools are the school of choice.

> In the 2018 Budget, the government allocated RM1.3 billion for rebuilding dilapidated schools nationwide and RM550 million for school upgrading and maintenance. In 2019, both programme will be continued to ensure the quality of infrastructure at public schools.

> Changes in the minimum wage could also cause a potential impact on businesses’ production costs and competitiveness. Businesses, in particular, SMEs relying on low-wage workers, are at the risk of losing their businesses due to the inability to comply with the minimum pay requirement.

> Firms are encouraged to substitute labour for capital through automation and mechanisation when relative cost of labour increases.

> The government will jump-start a new version of the public private partnership (PPP) in promoting investment and entrepreneurship. Both land sale and land development will be done on an open tender basis. Meanwhile, the government will reduce its involvement in business and allow the private sector to drive economic growth.