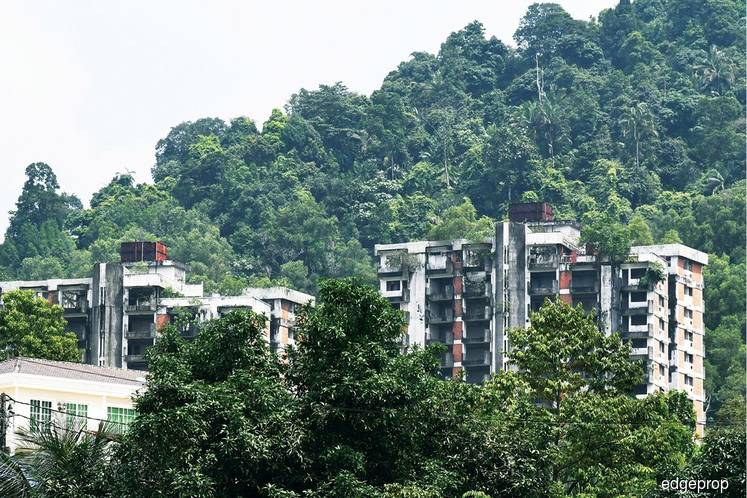 KUALA LUMPUR (June 7): The demolition of the two abandoned Highland Towers (pictured) has been delayed owing to legal issues, reported The Star today.

“These legal issues need to be resolved, before demolition works can be carried out.

“The committee is looking at avenues to settle it,” he said.

“There could be legal implications if the demolition is carried out without consent from all the owners,” Abdul Hamid explained

He also added that a new date for the demolition cannot be decided on “until these issues were resolved”.

It was reported in March that Housing and Local Government Minister Zuraida Kamaruddin announced that the two abandoned towers would be demolished by June.

Zuraida also said that the site can only host a recreational park as it “was not suitable for any structure”. — EdgeProp.my