The Malaysian property market has yet to regain the vibrancy of the boom times that came to an end more than two years ago, but the challenging environment has not hindered Matrix Concepts Holdings Bhd from churning out impressive returns for its shareholders.

Indeed, investors who subscribed to its initial public offering at RM2.20 per share in mid-2013 would not have any regrets about putting their money into it.

In the short span of three years since listing, Matrix Concepts has undertaken two bonus issues — in 2014 and 2015. Last month, it again proposed a one-for-four bonus issue, pending shareholders’ approval.

The developer has never failed to reward its shareholders and has declared regular dividends without fail each financial quarter. 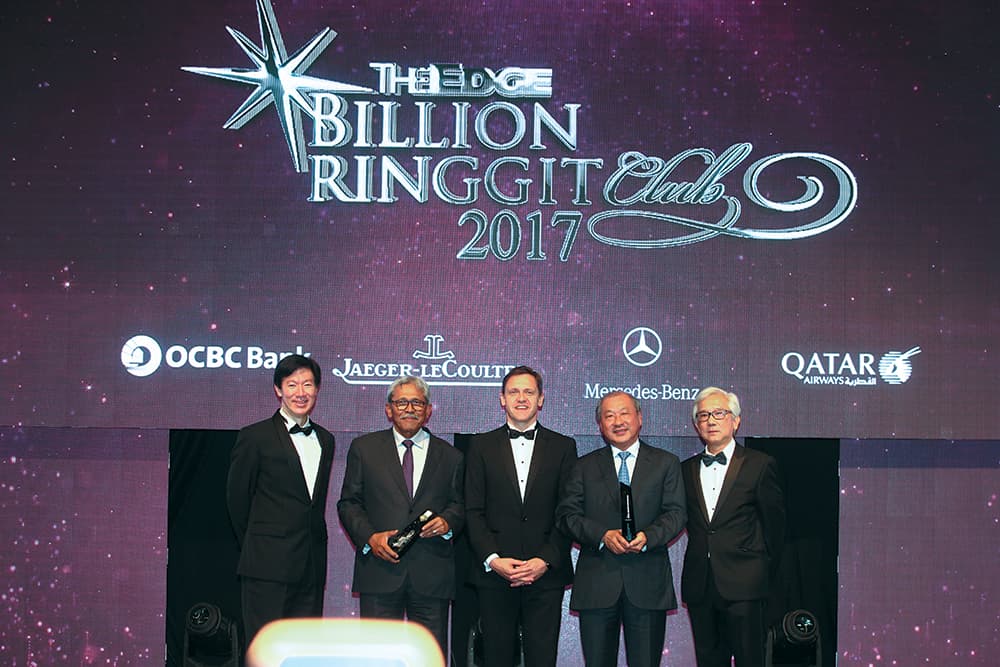 Its dividend policy is to distribute 40% of its net profit to shareholders. The generous dividend would not be affordable if the company were not earning enough.

The Seremban-based developer has found that the niche market in the two second-tier cities is quite a hot spot for property development.

Still, the two developments have been generating continuous steady earnings growth and impressive return on equity (ROE) in the past three financial years.

That has enabled Matrix Concepts to walk away with The Edge Billion Ringgit Club’s Highest ROE award in the property sector.

Matrix Concepts posted an annualised net profit of RM208.68 million for FY2016, compared with RM182.2 million in FY2015 and RM151.56 million in FY2014 — certainly an achievement in the current property slowdown. 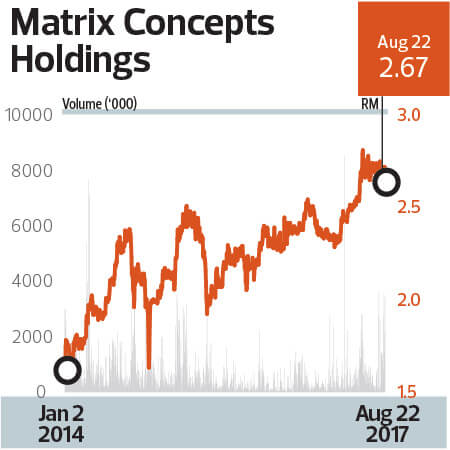 It is worth noting that the developer has managed to sustain an impressive profit margin of 24% to 32% annually. Its strategy is to resize its housing units and keep selling prices attractive. This has paid off, as evidenced by in a healthy take-up rate of 70% to 80% on average.

The impressive ROE, plus its generous dividend and bonus shares, has attracted the attention of investors.

Like its earnings growth, Matrix Concepts’ share price has been on an upward trend even though property stocks are out of favour, at least for the time being.

The developer has RM1.4 billion worth of new launches in the pipeline. Progress this year has been promising, with RM450 million worth of sales achieved as at May 21, 2017.

The developer’s sole overseas project — M. Carnegie in Melbourne, Australia — is expected to contribute about A$30 million in FY2018.

As at end-May, Matrix Concepts had a land bank of 809ha, including parcels in the Klang Valley. It plans to launch its maiden Kuala Lumpur development this year and will also continue to monetise Bandar Seri Impian, which has seen five additional launches since the first half this year.

Apart from that, the developer is setting up a plant in Sendayan TechValley in Seremban to manufacture materials under the industrialised building system for its own developments. The plant is expected to commence operations by the third quarter of 2018.