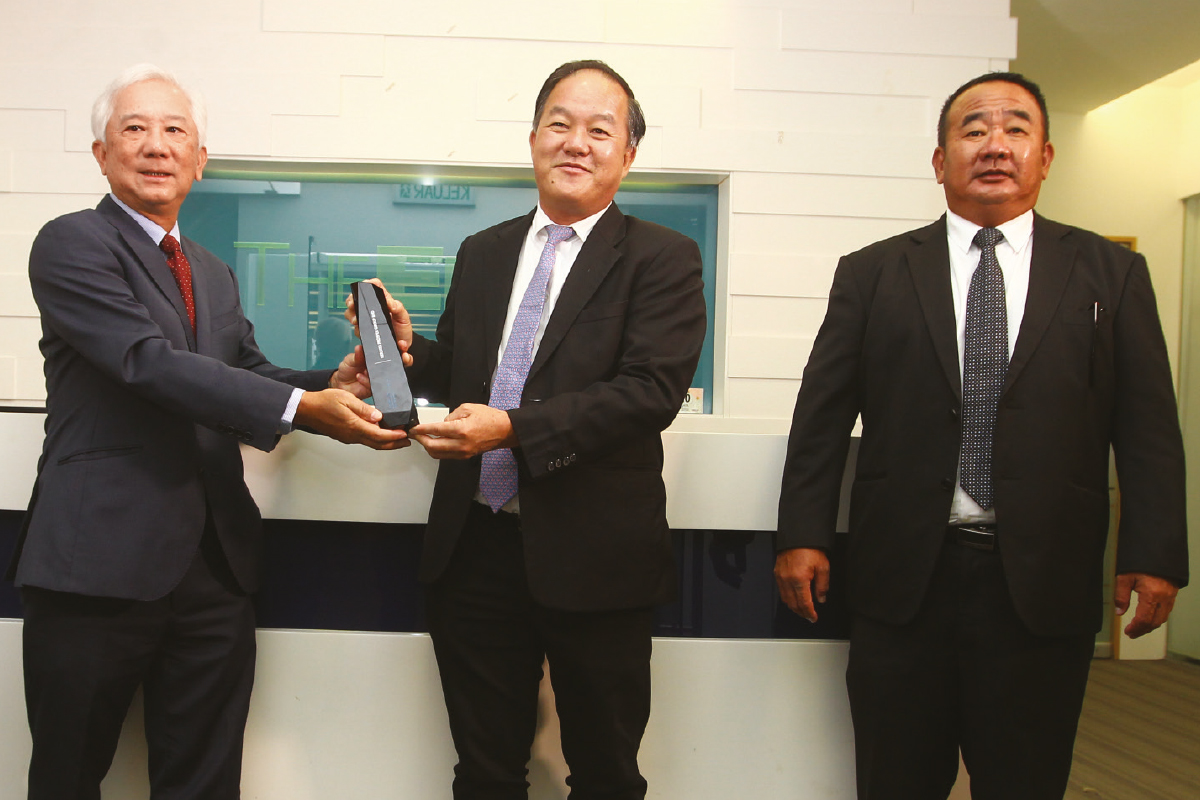 In fact, Kerjaya Prospek has been setting new profit records over the past three-year period in review from FY2017 to FY2019, and the years before, against the backdrop of a dwindling number of public projects and the slowdown in the property sector.

The company’s revenue has been above the one billion level for two consecutive years. Its FY2018 and FY2019 revenues were RM1.07 billion and RM1.06 billion respectively, while FY2017 revenue was RM955.67 billion.

Kerjaya Prospek is not new to taking home The Edge BRC award. This is the second straight year the group has won under the category of highest growth in PAT over three years for the construction sector, which highlights the group’s ability to perform consistently despite the challenging environment faced by the industry. 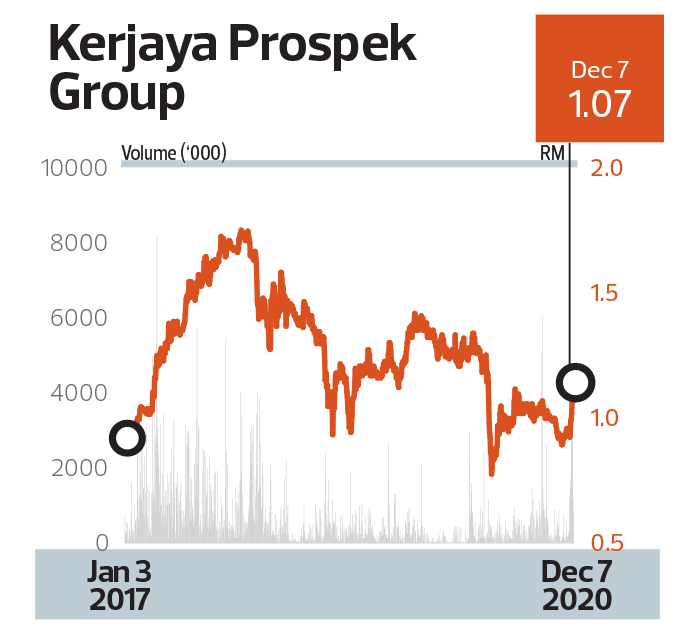 During the company’s results briefing for the fourth quarter and full year ended Dec 31, 2019 (FY2019) in February, its executive chairman Datuk Tee Eng Ho said Kerjaya Prospek expected to register another record profit this year on the back of improved job prospects.

Tee said the company is targeting to secure RM1.5 billion worth of jobs for FY2020 ending Dec 31, which is more than that in FY2019.

Contract wins, as at Sept 14 this year, amount­ed to about RM1.35 billion or 90% of its target for FY2020. For FY2019, the group secured an order book of RM1.3 billion. Kerjaya Prospek’s outstanding order book stands at RM3.7 billion.

It is worth noting that the company has a strong balance sheet with net cash. As at end-June, it had fixed deposits and investment funds amounting to RM180.3 million while its cash and bank balances were RM27.59 million. It has zero long-term debts and short-term debt obligations of RM23 million.

Nonetheless, the Covid-19 pandemic has posed some challenges to the company.

For 1HFY2020, the group’s PAT more than halved to RM32.39 million, against RM70.91 million in the previous corresponding period, while its cumulative revenue decreased 35% to RM339.94 million from RM523.54 million with the completion of some projects.

The earnings contraction was attributed to the halt of construction activities owing to the movement restrictions imposed by the government to curb the spread of Covid-19.

The company resumed operations gradually from May and nearly reached full capacity in early July, according to its filing with Bursa Malaysia on second-quarter earnings.

“The group will continue to monitor and implement appropriate measures in a timely manner to address the adverse risk Covid-19 may have on the group’s operations and financial performance.

“Nevertheless, the group is supported by an outstanding order book of RM3.52 billion as at June 30, 2020, which included the building construction contracts worth RM990.4 million secured during the current financial period,” it says in the notes to its second-quarter earnings.

Kerjaya Prospek’s share price did not increase in tandem with its earnings growth. Some quarters attribute this to loss of appetite for construction companies owing to the uncertainties over public infrastructure contracts.

Nonetheless, investment analysts who track the company have “buy” calls on its shares, with an average target price of RM1.34.

In a Sept 15 note, BIMB Securities Research maintains its “buy” recommendation, with an unchanged target price of RM1.30 for the company. The research house says it is positive on the company’s prospects on the back of a solid order book, which will provide earnings visibility for the next three years.