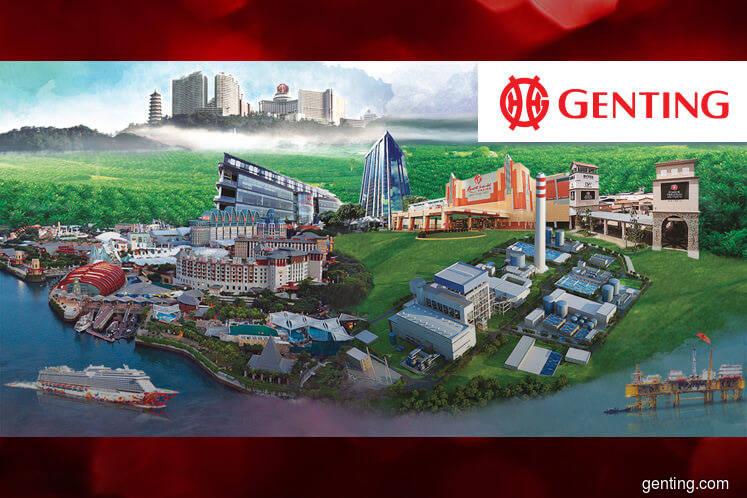 KUALA LUMPUR: The hilltop casino in Genting Highlands is probably a big loser of Budget 2019, in which the Genting group did not seem to be dealt with a good hand of cards.

Genting Malaysia Bhd (Genting Malaysia), which owns the hilltop casino, lost a market capitalisation of RM1.24 billion in just a few minutes shortly before the closing bell rang at the local stock exchange, while some RM2.23 billion was wiped off from its parent company’s, Genting Bhd (Genting), market cap.

The selldown is expected to continue when the market resumes trading today, no thanks to the government’s decision to tax the gamblers more. Being the only legitimate casino in the country, Genting Malaysia is the clear target for the duty hike. Both Genting Malaysia and Genting are component stocks of FBM KLCI, the selling is expected to weigh on the benchmark index.

To fill the nation’s coffers, the government has raised casino duties to 35% from 25% on gross gaming income and gaming machine duties to 30% from 20% on gross collection. On top of that, the ministry of finance, which issues the casino licence, has increased the annual casino licence fees by RM30 million to RM150 million, and machine dealer’s licence to RM50,000 from RM10,000 a year.

It is believed that this is the first hike on casino duties in 20 years. The previous increment, from 22% to 25% currently, was in 1998 when the government needed the extra revenue boost for pump priming measures during the 1997/98 Asian Financial Crisis.

Raising the gaming duties was not a surprise considering it was known that the government wanted to raise tax revenue, but a quantum jump of 10% made some jaws drop. Furthermore, this comes at a time after Genting Malaysia invested big in expanding and upgrading its facilities, for example the Fox World Theme Park.

For the six months ended June 30, Genting Malaysia’s revenue generated from Malaysian operations was at RM3.196 billion, which was net of gaming duties of 25%. Its gross revenue would have been RM4.261 billion for the period.

Hypothetically, the group’s revenue would have been RM2.769 billion under the new tax rate of 35%, shrinking by RM426.45 million.

Investment analysts who track the Genting group have slashed their earnings forecasts, especially for Genting Malaysia, which derives a large bulk of its earnings from the hilltop casino although it owns operations abroad, for instance in the UK.

Nomura head of Malaysia equity research Tushar Mohata said the increases in gaming taxes and licence fees are extremely “punitive”, and are diminishing the investment appeal of the gaming sector.

Tushar, in a research note on Budget 2019, estimated a RM600 million to RM700 million impact to be trimmed from Genting’s net income for FY19 to FY20, which would offset a big chunk of the earnings growth expected from its substantial capital expenditure into new capacity over the past five years.

“While a gaming tax increase had been an ongoing risk and the stock corrected in October, we believe the market had factored in only a 5% tax increase, and further downside exists when trading begins on Monday,” said Tushar.

Downgrading Genting Malaysia’s rating call to “reduce” with a lower target price of RM4.20, he has also cut FY19/FY20 earnings before interest, taxes, depreciation and amortisation forecasts by about 20% each and net income estimates by about 30% each to take into account of the duty hike.

“In the immediate term, we believe Malaysia gaming sector will suffer the fate of other sectors such as telecoms, construction and property, which have faced regulatory reboots, and remain weak,” said Tushar.

That said, even after the tax increase, Tushar believes that Genting Malaysia will remain a cash-generating machine. He estimates an operating cash flow generation of RM2.5 billion each in FY19/FY20, even with higher duties.

Meanwhile, a local analyst that declined to be named said the sharp rise in gaming duties might make the casino in Genting Highlands less competitive in terms of attracting the crowd.

The analyst noted that Malaysia, in terms of gaming tax structure, is currently one of the highest across Asia and a gaming duty hike would not help, especially when there are newer casinos elsewhere, such as in Vietnam and Cambodia.

“This increase could potentially open the tap in the sense that should there be any shortfall in government budget in the future, there would still be fears that the government could increase the gaming tax again and this could create uncertainties in every budget every year,” said the analyst.

Nonetheless, the impact on the profitability still depends on the business conditions or the overall spending environment at that time, said the analyst, adding that casino revenue has been growing since two years ago when the Genting Integrated Tourism Plan was embarked.

“This would not have a direct impact on punters, but Genting will be getting less from the spending [of these punters],” said the analyst.