Higher fines for traffic offenders not official yet, says IGP 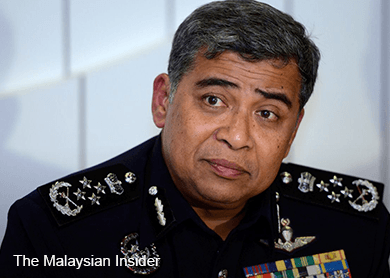 He said he has not brought up the proposal officially with the federal government.

"I raised it to get feedback from the people. I have not taken it up with the government officially, but it will be done soon.

"The last time we reviewed the rate for fines was in 1987. We need to consider stiffer fines as a deterrent to encourage road users to change their attitude...we have to hurt their pockets," he told reporters today in Penang.

The proposal was met with criticism, even from Transport Minister Datuk Seri Liow Tiong Lai, who reportedly said the Kejara demerit point system and the Automatic Enforcement System (AES) would be more effective to educate road users than higher fines.

The enforcement of both systems involve suspending the licences of errant motorists if they continue to violate road regulations.

Commenting on this, Khalid urged the ministry to implement the Kejara system immediately.

"It is useless to have it if we don't put it to use. It is time for us to enforce it to deal with stubborn road users," he said.

He said the police would ensure those who have been fined will pay up, and advised those with arrest warrants to report to the nearest police station.

"Don't wait for police officers to show up at your homes," he added.

Asked if higher fines could lead to corruption, if there were road users who preferred to avoid being fined, Khalid said all measures would be taken to make sure that will not happen.

Khalid said he had earlier spoken to both men about their priorities.

"They are very senior officers, who know their responsibilities," he said.