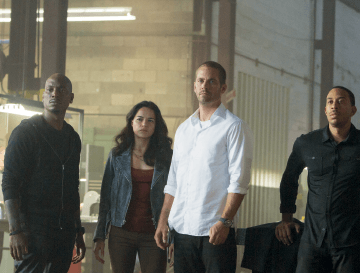 The hugely successful Fast & Furious franchise has somehow managed to maintain and even grow its popularity over the last six films. But none would have the attention and hype as Furious 7, no doubt in part due to the tragic death of Paul Walker, who gained global fame playing Brian O’Connor since 2001.

Dominic Toretto (Diesel), Brian O’Conner and the rest of the crew face unfinished business when Deckard Shaw (Statham) comes seeking revenge for the death of his brother, Owen. Owen was defeated by Toretto and gang, which leads to a cat and mouse hunt. A mysterious agent, Frank Petty (Kurt Russell) offers help in exchange for the rescue of genius hacker Ramsey and the recovery of a software called God’s Eye.

It is certainly more poignant that the latest release — rewritten after the death of Walker halfway through filming — is actually engaging and a satisfying adrenaline shot on its own merit. In short, Furious 7 retains strains of familiarity that first made it a cult classic, but in every way elevates itself to a blockbuster film.

The film is directed by Malaysian-born director James Wan (The Conjuring, Insidious: Chapter 2, Saw) who established himself in the horror film genre — his transition to an action film is not a bad effort. Perhaps the biggest surprise is the unexpectedly interesting premise: one that goes beyond the basic revenge plot.

As with all  Fast & Furious movies, acting is not a strong point and there are moments throughout where the many contrived lines produce a predictably awkward delivery. But like the over-the-top bad movies that we love, the sheer audacity and larger-than-life factor is what makes the franchise what it is today.

Action-wise, from the moment the cars skydived thousands of feet off a mountain terrain, we know it can only get more unbelievable. The excitement and fun, however, is in how successfully it presents itself as completely probable. By the time Toretto faces off a helicopter in his iconic Dodge Charger R/T, we have given up on logic and are in it for the ride, judging from the audible gasps and gleeful cheers in the TGV IMAX theatre.

There are some unanswered questions and plot holes — including little revealing of Shaw’s past beyond a repetitive narration. Another mystery left unsolved is the identity of Petty. In an interview last week, however, Diesel revealed that Furious 7 marks the start of a new trilogy for the franchise. That likely means a shift of focus to the newly introduced characters in the eighth film, which will be set in New York.

Throughout Furious 7, O’Conner’s storyline blurs the line between fiction and reality. Like Walker, who has a daughter in real life, there were hints of “retirement” throughout the film from thrill-seeking to be a good father and husband. This is also in line with how the franchise will move forward from now on. The final send-off woven into the film is a poignant, if somewhat clichéd tribute to Walker. In light of the larger-than-life franchise that launched his career and which marks his last film, it is perhaps only fitting. 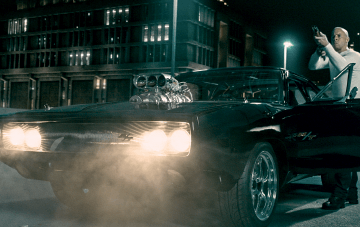