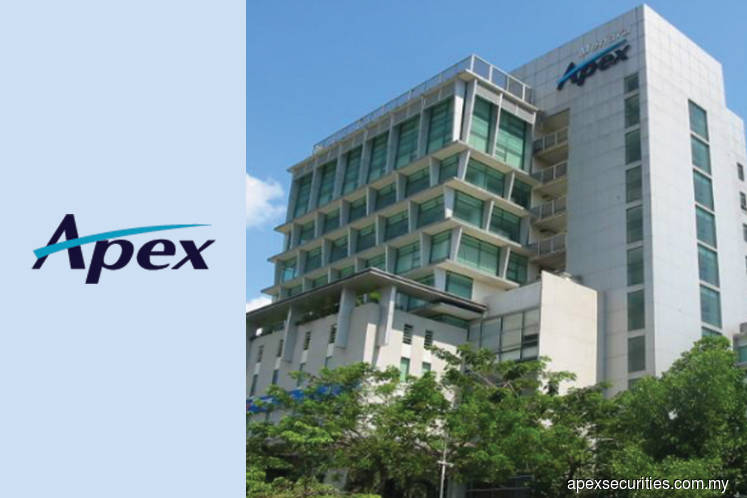 KUALA LUMPUR (Aug 7): The High Court has dismissed the originating summons (OS) filed by Concrete Parade Sdn Bhd against Apex Equity Holdings Bhd and 15 others over the proposed merger with Mercury Securities Sdn Bhd as well as past corporate exercises.

High Court Justice Azizul Azmi Adnan made the decision today, and ruled for the plaintiff to cover costs amounting to RM405,000, which include RM75,000 directed to Apex Equity and its wholly-owned unit JF Apex Securities Bhd, and RM30,000 to Mercury Securities

Lawyer Khor Heng How, who is part of the legal team representing Concrete Parade, told theedgemarkets.com that they have not received direction on whether to appeal against Justice Azizul's decision today.

The judge also dismissed the request for similar declaration on the subscription agreements inked between Apex Equity and seven individuals in relation to the merger proposition.

Additionally, he also dismissed Concrete Parade's application for all share buy-back transactions carried out by Apex Equity in 2005-2017 to be null and void.

Justice Azizul, in making his decision today, said the HoA and the BMA did not breach Section 85 and 223 of the Companies Act 2016.

This took into consideration that Apex Equity shareholders are aware of share dilution effects in relation to the merger proposal, and the pre-emptive rights in relation to issuance of new shares.

Additionally, Apex Equity's extraordinary general meeting which approved the proposal, carried the will of the majority of the shareholders.

"The company cannot obtain shareholders' approval before the agreement in principal [of the proposal], or that will destroy the confidentiality surrounding the transaction," Justice Azizul added.

He also found no oppression against shareholders in the manner which Apex Equity conducted its share buy-backs in 2005-2017.

This is because the company made the necessarily rectification by seeking validation order for the transactions as soon as the company found that its memorandum and articles of association did not provide the company with the requisite authority to conduct the buy-backs in the past.

The OS was filed against 16 parties, namely Apex Equity, five of its directors and its former executive director Zulazman Zulkifli, JF Apex, Mercury Securities, and the seven individuals who will take up 20 million new shares in Apex Equity in relation to the merger proposal.

Under the BMA, Apex Equity will be taking over Mercury Securities' stockbroking, corporate advisory and other related businesses for RM140 million, and transfer them to JF Apex.