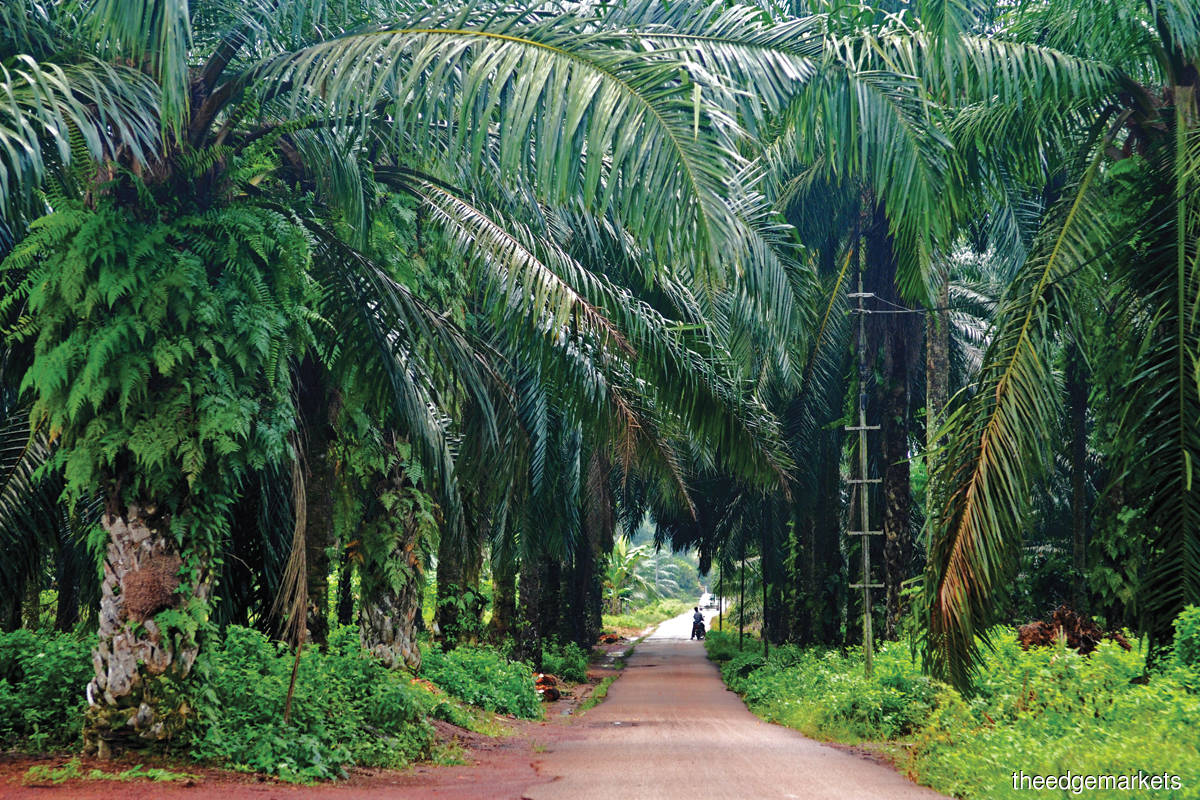 AS pure-play plantation stocks become pricey, investors are looking to pick up shares in companies whose core business might not be plantation but that have considerable exposure to the sector.

“While these companies’ roots are in timber, they have diversified into the plantation business, which has become a significant source of earnings for both Ta Ann and Jaya Tiasa. For many years, they faced challenges trying to make the timber business profitable,” Koh Huat Soon, regional head of research at Maybank Asset Management Sdn Bhd, tells The Edge.

Investors’ growing interest in Ta Ann’s stock is reflected in its recent price increase. Ta Ann shares have risen 87.41% over the past year to close at RM5.36 last Wednesday, valuing the company at RM2.36 billion. Bloomberg data shows the stock is trading at 9.87 times one-year forward price-earnings ratio (PER).

Jaya Tiasa meets this criterion too, as the stock gained 67.65% over the past 12 months to close at RM1.14 last Wednesday, giving the company a market capitalisation of RM1.1 billion. Jaya Tiasa’s shares are trading at a forward PER of 8.14 times.

“This rush into Ta Ann and Jaya Tiasa is indicative of investors, who have been late into building enough exposure to the plantation sector, seeing an opportunity in these laggards and small-cap stocks that are still cheap. That is because plantation stocks the likes of Kuala Lumpur Kepong Bhd (KLK) and IOI Corp Bhd have run up sharply in price. These large caps are currently trading at over 25 times PER,” says Koh.

“For Ta Ann, it is unaffected by the steep discount in Indonesia and almost all of its CPO sales are at spot prices. We expect CPO prices to remain above RM5,000 per tonne for the first half of 2022, averaging at RM4,300 per tonne for the whole of 2022,” he tells The Edge. In a sign that he is confident about the group’s future, Chong is maintaining an “outperform” call on Ta Ann, with a target price of RM5.96.

On Feb 27, Indonesia had imposed a new export ruling requiring local palm oil producers to set aside 20% of planned export volumes to domestic refiners at steep discounts of RM2,715 per tonne for CPO and RM3,024 per tonne for palm olein.

Ta Ann returned to the black in the fourth quarter of 2021, with a net profit of RM96.02 million — its best-ever quarterly earnings — compared with a net loss of RM19.06 million a year ago, on a 68.3% year-on-year (y-o-y) rise in revenue to RM1.89 billion. The stronger quarterly earnings were mainly led by a surge in plantation earnings and a turnaround in its timber business.

Its Feb 28 filing with Bursa Malaysia showed that plantation had already replaced timber as the biggest contributor to the group’s pre-tax profit of RM465.39 million, accounting for 93% or RM433.91 million. As a percentage of revenue, plantation generated 83% or RM1.58 million for FY2021, representing an increase of 73% y-o-y, while timber made up 17% or RM317.62 million (+3.4% y-o-y) and the rest were from reforestation and property development. Etiqa Insurance and Takaful chief strategy officer Chris Eng Poh Yoon notes that Ta Ann and Jaya Tiasa had long diversified into the plantation sector as they recognised that the hardwood timber business might not be sustainable in the long run.

“Since the early days of their diversification, people have acknowledged that they will be future plantation players. Of course, they do not get as much attention as the big plantation boys, but they are one of the major beneficiaries of any run-up in CPO prices,” he tells The Edge.

“Like glove stocks, investors will first pile into the bigger players. And when they see prices may be sustainable, traders will start to look at the smaller or secondary players in the segment. [How long this interest will last] is a matter of how high and how long the current rally in CPO prices will go. Looking at the way the prices have moved, there is some speculation involved there. The price movement of soybean oil has been less than CPO,” he adds.

Malaysian palm oil futures crossed RM8,000 a tonne for the first time last Tuesday (March 1) to hit RM8,163, becoming the most expensive vegetable oil on the back of concerns over a shortfall in sunflower oil, but most analysts believe the current prices are unsustainable.

“Whether the rally in CPO prices would be sustained will depend on how the Russia-Ukraine conflict pans out. If the war is prolonged, resulting in supply chain cuts, then yes, high commodity prices may linger on for longer because Russia and Ukraine are big exporters of wheat and sunflower [oil], whose prices are correlated with CPO prices. But if the war resolves into a peaceful outcome and the supply chain resumes, then the price of CPO would fall because prices are already extremely high; they become untenable,” says Koh.

He also attributes the current high palm oil prices to weather and labour shortage issues and soaring fertiliser costs, which have led to supply problems. In a March 2 report, Mercury Securities expects CPO prices to remain at elevated levels due to the disruption of sunflower oil supply as a result of Russia’s invasion of Ukraine. “CPO prices as well as the prices of certain other commodities such as crude oil are expected to remain volatile until there is greater certainty on the new supply situation of commodities impacted by the war,” it adds.

Based on Bloomberg consensus net profit forecasts of RM132 million in FY2022 and RM113 million in FY2023, the shares are currently trading at a forward PER of 8.1 times this year and 9.5 times next year.

Another often overlooked company with exposure to the plantation sector is KFima. The diversified group’s net profit grew 53.5% to RM64.12 million in the cumulative nine months ended Dec 31, 2021 (9MFY2022) from RM41.77 million a year ago, on the back of a 33.9% y-o-y rise in revenue to RM479.58 million, mainly attributable to higher CPO and crude palm kernel oil prices, as well as FFB produced by plantation estates in Malaysia for the period under review.

KFima shares have risen 26.63% over the past year to close at RM2.33 last Wednesday, giving the company a market capitalisation of RM643.6 million. It is currently trading at 8.93 times trailing 12-month PER.

It is worth noting that both Ta Ann and KFima have been paying out steady dividends over the last five years. The last time Jaya Tiasa offered a dividend was in FY2018, when it paid a cash dividend of 0.5 sen per share.

Other companies that have plantation in their business portfolio include property developer MKH Bhd. For context, its primary focus remains its property development and construction division, which accounted for 56% and 22% of the group’s revenue and pre-tax profit respectively in the financial year ended Sept 30, 2021 (FY2021).

However, its plantation division’s higher revenue and gross profit for its latest financial quarter ended Dec 31, 2021 (1QFY2022) helped mitigate the lower contribution from the property development and construction division, thanks to the higher average selling price of CPO in the quarter under review of RM4,001 per tonne compared with RM2,656 per tonne a year ago. This helped lift the group’s net profit to RM31.32 million in 1QFY2022 — a 3.2% increase from RM30.35 million in 1QFY2021. Quarterly revenue, however, fell 10.2% y-o-y to RM204.26 million from RM227.46 million.

MKH’s share price has only risen 3.7% over the past year to close at RM1.40 last Wednesday, giving the company a market capitalisation of RM808.4 million. It is trading at 10.49 times trailing 12-month PER.