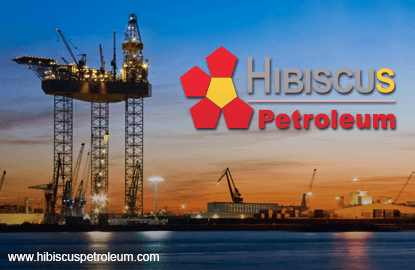 KUALA LUMPUR: Hibiscus Petroleum Bhd’s wholly-owned subsidiary Gulf Hibiscus Ltd (GHL) has filed a complaint at the Oslo Conciliation Board to claim compensation from the directors and general manager of Lime Petroleum Norway AS for financial losses suffered relating to the latter’s restructuring.

The claim is for an estimated value of US$35 million (RM136 million) and above.

Hibiscus said the individuals named in the suit were “among the primary perpetrators who contributed to damages suffered by GHL” due to their “actions taken to effect a substantial dilution of Lime plc’s shareholding interest in Lime Petroleum” after the restructuring.

“The company and its subsidiaries fully reserve all their rights, and will continue to act accordingly to safeguard their interests,” it said.

To recap, Hibiscus purchased a 35% equity stake in Lime plc for US$55 million in 2012, via GHL. Prior to the acquisition, Hibiscus was a special-purpose acquisition company.

The 77.4 million Norwegian kroner (RM36 million) arising from the cancelling of shares were paid through a selective capital repayment to Rex, which Hibiscus said gave “Rex an unreasonable benefit at the expense of Lime plc”.

As a result of the exercise, Hibiscus said Rex had acquired an additional 70.3% equity stake, increasing its holdings to 96.5% from 26.2% previously, without any additional payment to Lime Petroleum.