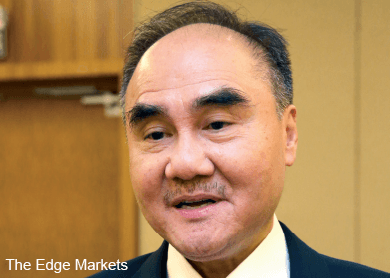 “If there are no major problems, we should start producing before year-end,” Law told the media after the company’s annual general meeting yesterday. 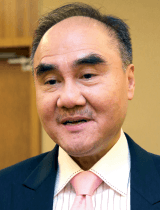 The plant, located in Teluk Kalong Industrial Estate, has a capacity of 60,000 tonnes per month. Law said “mass” production should start in March next year.

While Law declined to divulge the expected revenue and profit contribution from the plant just yet — which will kick in next year — he said the plant has received orders from local customers.

“We are looking at 40% sales from local customers and the remaining 60% from exports (such as Indonesia, Thailand and some from Taiwan as well) from this plant,” he said.

The integrated steel mill is a joint venture (JV) between Hiap Teck and China Shougang International Trade and Engineering Corp; the latter owns 9.03% of Hiap Teck as at Oct 30. The mill is built by Hiap Teck’s 55%-owned Eastern Steel Sdn Bhd.

Hiap Teck is to supply iron ore to Eastern Steel. This is made possible after it subscribed to 55% shares on Sept 18 this year in Vista Mining Sdn Bhd — which is principally engaged in mining practices, particularly in iron ore exploration, mining and processing operations.

“This is so that we can supply iron ore to Eastern Steel in the future, where we will try to use local ore as it is cheaper,” Law said, noting that the share subscription marks the group’s first foray into mining.

In its filing with Bursa Malaysia, Hiap Teck said this venture is to transform the group into a fully integrated steel player in the country with mining, upstream and downstream activities. Vista Mining is presently the approved contractor by Jabatan Mineral Dan Geosains Malaysia, Terengganu.

The group registered a RM4.97 million loss in its share of jointly controlled entity, compared to a profit of RM2.93 million in 1QFY14, primarily due to foreign currency translation results.

Revenue came in 14% higher at RM307.46 million, compared with RM270.45 million, mainly due to a higher sales volume achieved in the trading division.

On prospects, Law said he foresees the demand and prices of steel — which have come under pressure due to oversupply — to stabilise if the government continues with its anti-dumping efforts and continues to roll out construction and infrastructure projects.