Here's how the weekend's political events have affected the market 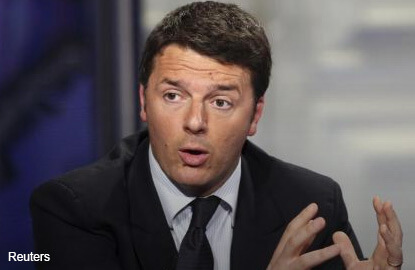 SINGAPORE (Dec 6): Lots have happened on the political front over the weekend. New Zealand PM John Key has decided to step down, citing family reasons. Elections for a new a leader will be held Dec 12.

Italian PM Matteo Renzi has been forced to resign after the majority of Italians voted no in a referendum for constitutional reform. This is an opportunity for the extreme right populist opposition party, the Four Star Movement, to rise to power. If it does ascend to govern the country, 4SM will hold a referendum for Italy to exit the EU altogether.

All is not lost for the single market though, because in Austria, a pro-EU Alexander Van der Bellen also defeated populist right wing candidate Nobert Hofer in the presidential election.

Donald Trump has so far appointed several billionaire pro-establishment Wall Street insiders to his administration, and over the weekend spoke on the phone with Taiwan president Tsai Ing-wen in blatant defiance of China. This is after he blocked Carrier from moving 1,400 jobs to Mexico last week and said he'll write a Letter of Intent to withdraw from the TPP within the first 100 days after he becomes president on Jan 20.

Here's how the market has reacted so far:

1. The euro is headed towards parity with the USD and a potential banking crisis in Italy could make things worse, including the euro falling below the USD, say some economists. One of the reasons for the Italian referendum was to rewrite the constitution so that reforms, such as within the banking sector, could be passed more efficiently. Italy is the third most indebted country in the world and two thirds of the loans held by its largest and oldest bank are troubled. In short, Italy could become the next Greece. The ECB will convene on Thursday though, so the market will be waiting to see if the central bank decides to stop QE or not.

2. The USD is staying strong and that's keeping everyone else, including the ringgit, weak. Malaysia's currency has bore the brunt of the capital outflow from Asean to US because it has the largest number of foreign investors in its government bonds. These investors are now selling ringgit-denominated bonds so that they can redirect the cash to US bonds, and that's why the value of the ringgit has crashed.

Meanwhile, to support the ringgit, Bank Negara Malaysia has issued a list of restrictions against speculating in the currency. On Friday, it said businesses must convert at least 70% of their export proceeds to ringgit-denominated terms. However, those measures have instead made investors even more nervous about buying or staying invested in Malaysian assets, and that's causing the ringgit to fall even further.

3. Stock markets almost everywhere are down, and bonds are up. But if you're using this as an opportunity to buy on dips be aware that many traders and analysts see a bigger, longer downturn in US stocks ahead. This is because the Fed is expected to hike rates on Dec 13, so borrowing will become more expensive both for companies looking to expand and home buyers seeking mortgages. The USD is likely to stay strong, which means US exports might start looking more expensive to its trade partners.