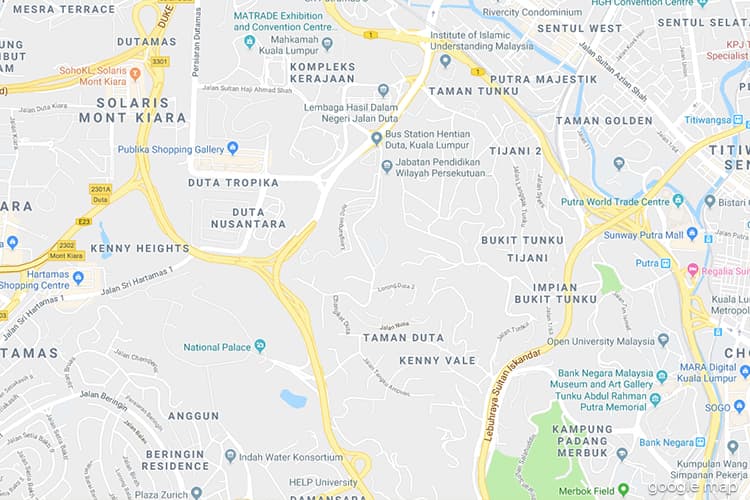 KUALA LUMPUR (May 28): The hearing on the merits of Semantan Estates (1952) Sdn Bhd's claims to retain beneficial interests and cause to transfer ownership in a 263.67-acre (106.7ha) piece of land along the former Jalan Duta (now Jalan Tuanku Abdul Halim) is now fixed on Aug 15.

This legal battle which began in pre-Merdeka days, after the plaintiff disputed the RM1.3 million compensation paid by the government when it acquired the land from the company in 1956, has continued until today.

On May 13, Semantan Estates was granted leave by the High Court to initiate the judicial review that the company filed two years ago.

It sought leave for an order of mandamus to compel the respondents to do the following:

Besides, the company also sought leave for:

In 2009, then High Court judge Zura Yahya ruled that Semantan Estates retained beneficial interests in the 263.27-acre land in Mukim Batu, which the government had taken unlawful possession of, meaning it had trespassed on the said land.

On Nov 22 last year, the apex court led by Court of Appeal president Tan Sri Ahmad Maarop dismissed the review filed by the Malaysian government, six years after the initial Federal Court decision was made.

The judicial review application was filed in 2017, on the grounds that the respondents had failed, neglected, omitted and refused to comply with Semantan Estates' demand to give effect to the court order stated above.

Semantan Estates' lawyers argued that in line with Section 29 of the Government Proceedings Act 1956, it only needs to obtain a declaration against the Malaysian government, which the 2009 court order effectively is.

"Therefore as declared by the order, Semantan Estates is and had always been the rightful owner of the land as declared in the order and that the fact that the legal title was wrongly transferred to the Federal Lands Commissioner.

Section 29(1)(b) states that in any proceedings against the government for the recovery of land or other property, the court shall not make an order for the recovery of the land or the delivery of the property, but may in lieu thereof make an order declaring that the plaintiff is entitled as against the government to the land or property or to the possession thereof.

The government and the other six respondents in the judicial review argued that the transfer of the land is not a performance of its public duties as provided for under the law and that the 2009 High Court judgement did not order that the land be transferred to Semantan Estates' name.