Health DG: MoH role is to eradicate Covid-19, even among undocumented immigrants 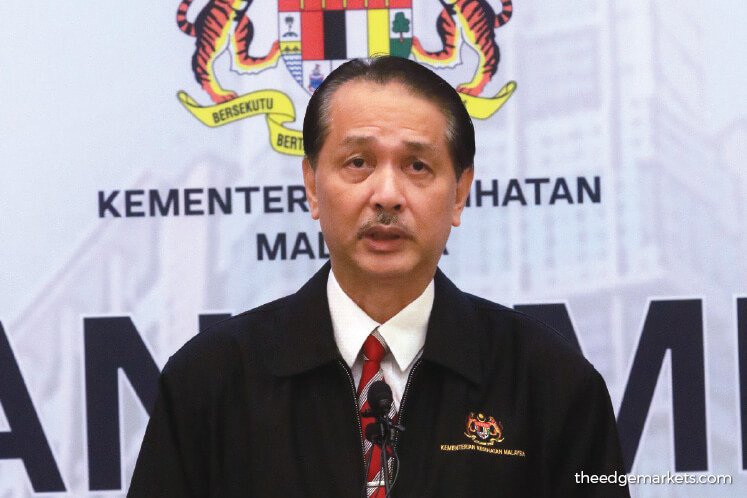 “In terms of the non-documented migrants, [there are situations where] we went into the areas that conducted enhanced movement control order (EMCO).

“If they come to us, our job in the Ministry of Health is to ensure that — whether they are documented, non-documented, or our citizens — they are not infected.

“Our job is to ensure, whether they are in prison or in containment centres, they are free from the Covid-19 infection,” Noor Hisham told reporters during the daily Covid-19 press conference today.

Noor Hisham repeated the comment twice, stressing that the MoH’s responsibility is to conduct massive testing on high risk groups. It is not its concern if the individuals tested are undocumented migrant workers or Malaysian citizens.

“We lock down the area, conduct tests for all of them [in the area], and make sure they are not infected with Covid-19. That is the responsibility of MoH.”

Social media posts circulated today on the alleged rounding up of undocumented migrants in Selangor Mansion — one of the buildings in Kuala Lumpur which is undergoing EMCO.

The posts pointed out that social distancing was not practised due to the huge crowd.

A similar situation was also observed at Menara City One, according to reports, where undocumented migrants in the condo were rounded up.

Previously, Senior Minister (Security) Datuk Seri Ismail Sabri Yaakob has mentioned that illegal immigrants identified in areas under EMCO will be placed in detention centres after the order is lifted.

Malaysiakini reported that some 300 enforcement officers from the Immigration Department, the army, MoH and the Civil Defence Force today raided several locations around Masjid India, which are currently under EMCO.

The report cited a local resident who said the mass raid, which included Malayan Mansion, Menara City One and several surrounding buildings, was to pinpoint illegal immigrants.