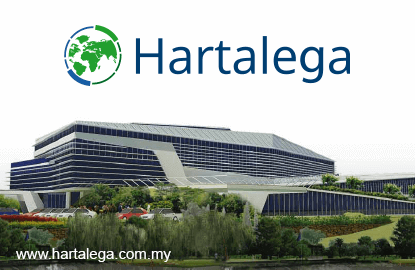 Hartalega’s new Plant 1 and 2 at its Sepang site will achieve full commercialisation in February 2016, boosting its total capacity to 22 billion pieces per annum. (+54% from 2014). We understand that the new capacity is already fully sold with new orders from existing and new customers in the developed markets (United States, Germany, United Kingdom and Japan), hence, supporting earnings growth in financial year ending March 31, 2016 (FY16).

Additionally, Plant 3 and 4 (total capacity: plus eight billion pieces per annum; or +36% post Plant 1 and 2) will commercialise progressively from June 2016, with full commercialisation by June 2017.

While the US dollar/ringgit appreciated 7% q-o-q and 27% y-o-y in 3QFY16, we think the margin expansion will be less prominent for Hartalega compared with its latex-skewed peers due to a higher US dollar-denominated cost with imported rubber (especially nitrile butadiene rubber) accounting for about 37% of total cost; speedier cost pass-through for nitrile gloves (versus latex gloves) given the competitive landscape; locked in foreign exchange for 10 months for one of its key customers. But, we understand that Hartalega aims to procure more latex locally and reduce the tenure of its sales contracts. 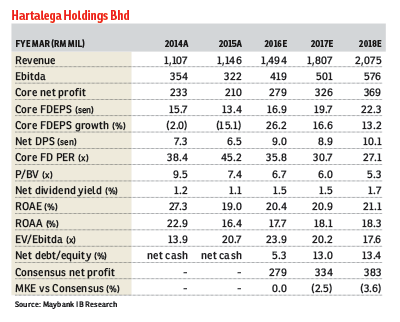