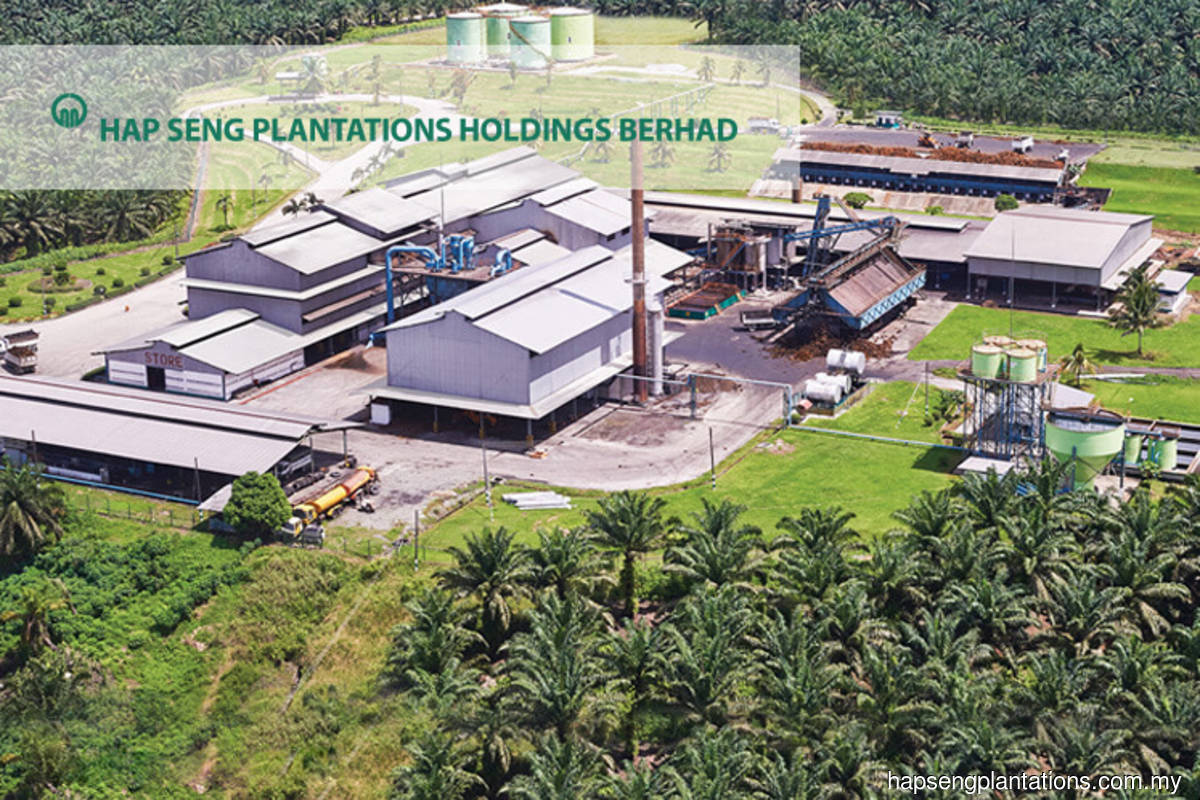 The group said its average selling price of CPO and PK for the current quarter were significantly higher at RM4,341 per tonne and RM2,615 per tonne respectively, as compared to the preceding year's corresponding quarter of RM2,753 per tonne for CPO and RM1,560 per tonne for PK.

Sales volume of CPO and PK for the current quarter, however, were 34,753 tonnes and 7,163 tonnes respectively, 15% and 21% lower than the preceding year's corresponding quarter, mainly due to lower production.

The group expects its results for the financial year ending Dec 31, 2021 to be significantly higher than the previous financial year.

The group also said that although the higher threshold price of CPO which is subjected to windfall profit tax (WPT) is positive, the government-proposed prosperity tax in Budget 2022 may negate any benefit from the lower WPT.

It also said the global supplies of edible oils are expected to remain tight due to lower-than-expected production, which have pushed edible oil prices to an unprecedented high.

Hap Seng Plantations was unchanged at RM2.05 on Wednesday (Nov 24), valuing the group at RM1.66 billion.