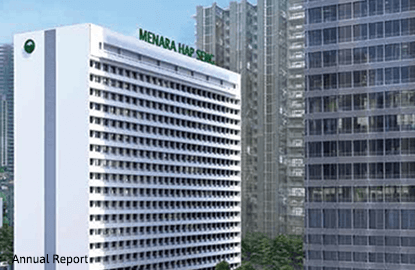 In a bourse filing today, Hap Seng Consolidated said the proposed buy will strengthen its presence in Peninsular Malaysia and provide it with the opportunity to expand its land bank, in order to sustain its core business as a property developer, besides enhancing its future earnings.

It intends to develop “sought-after, modern guarded and gated lifestyle residential properties with commercial components” on the Shalimar plots. The net book value of the tracts stood at RM37.58 million as at March 31, 2016.

The project has an estimated GDV of the RM5 billion, over a 15-year development period.

As for the Indo Malay plots which has a net book value of RM36.48 million as at March 31, 2016, Hap Seng intends to develop them into a mixed development township with affordable housing, having an estimated GDV of RM4.3 billion, over a 15-year period.

It said this will cater to increasing demand for affordable properties among first-time homeowners, as well as among students in Universiti Selangor (UNISEL).

All 36 plots which it is acquiring are located in the Kuala Selangor district and can be easily accessed via the LATAR Expressway. The lands are also close to the Royal Kampung Kuantan Golf Club, and University of Selangor in Batang Berjuntai. The area is also renowned for firefly-watching.

"The proposed acquisition will provide us with the opportunity to establish a dominant presence in the North-Western growth corridor of Selangor," it said, adding the different development concepts will cater to a wider group of purchasers such as first-time homeowners, younger generation and upgraders.

"The company will also benefit from the supplies of a broader product mix, ranging from premium to affordable products which would sustain its property development activities during economic uncertainties," it added.

It intends to fund the purchase with bank borrowings, which it expects will raise its gross gearing ratio from 0.99 to 1.04, while its net gearing rises to 0.92 from 0.87, based on its audited consolidated financial statements for the year ended Dec 31, 2015.

Barring unforeseen circumstances, Hap Seng Consolidated expects the deal to be completed in the third quarter of 2016.