Hall of mirrors: How consumers think about inflation 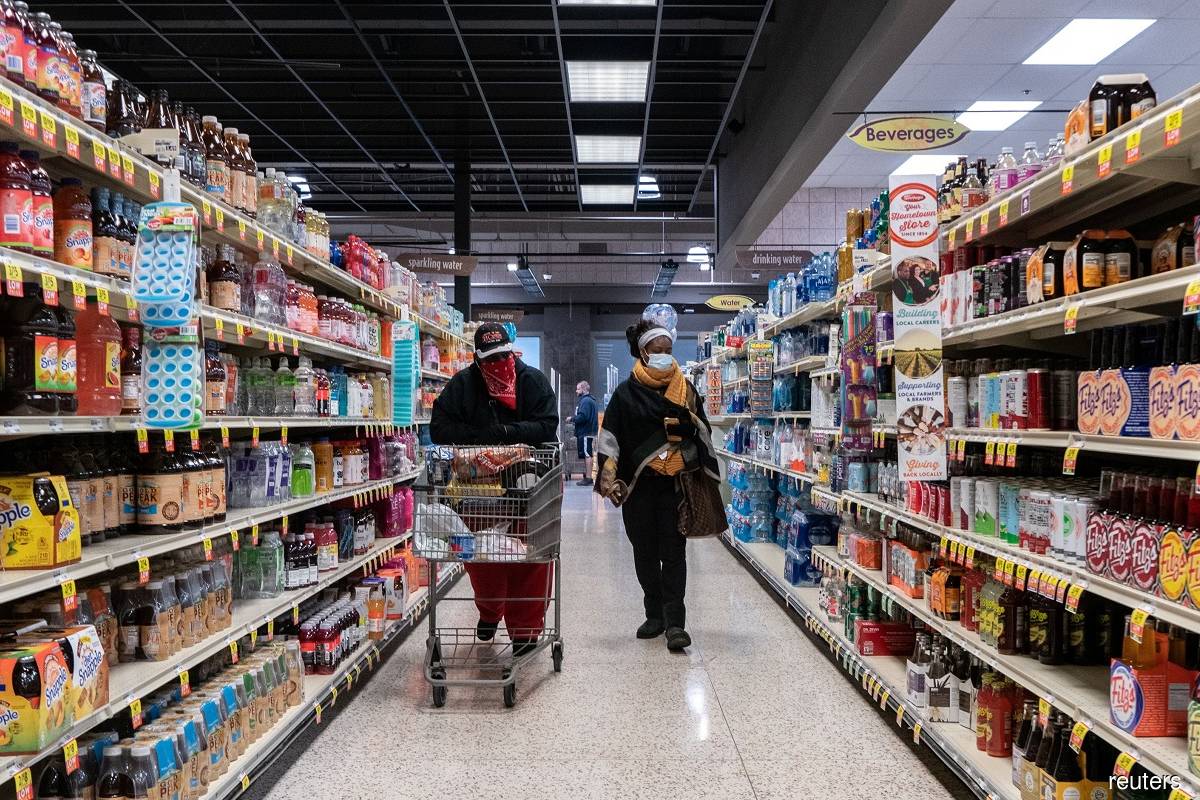 With inflation rising to levels unseen in decades, households across the world are asking themselves how much more they can expect to pay for gasoline, groceries, and other necessities. Their answers may help them make important personal financial decisions. Should they go ahead and buy that new refrigerator, rather than wait until later and risk seeing the price go up? Should they ask their boss for a raise to make up for the loss of purchasing power?

The answers won’t affect just individual households but the economy as a whole. The reason: central bankers and academic economists view inflation partly as a self-fulfilling prophecy. If consumers believe prices will rise at a faster pace, they may behave in ways — buying a refrigerator or asking for a raise — that will fuel more inflation. More money chasing a fixed number of refrigerators will drive up their price, and more people asking for a raise will prompt employers to mark up the prices of goods or services they sell to make up for higher labour costs. Federal Reserve Chairman Jerome Powell expressed that concern at a recent press conference, when he announced a half-point increase in the Fed’s key interest rate: “We can’t allow a wage-price spiral to happen,” he said. “And we can’t allow inflation expectations to become unanchored. It’s just something that we can’t allow to happen.”

Powell’s statement explains why policymakers carefully monitor households’ and firms’ inflation expectations, measured through regular surveys, at different time horizons. In particular, increased forecasts for inflation in three to five years signal that expectations are becoming unmoored and that an interest rate increase may be needed to keep inflation under control. This also explains why central banks try to shape the public’s expectations of future developments by explaining their current and future policies. Indeed, the success of policymakers’ actions crucially relies on their ability to convey the intended effect to households and steer their expectations accordingly.

All this raises an important question for academics and policymakers alike: How well do we understand households’ expectations? Over the past decade, a large body of behavioural economics research has dug deep into this question. The main findings are that households hold very disparate views on inflation and tend to perceive it as higher and more persistent than it usually is. Consumers also tend to disagree on the outlook for inflation more than experts do, they change their view less often, and they often rely on a few key products they consume regularly — such as coffee and gasoline — to extrapolate changes in the overall cost of living. Furthermore, individual expectations are strongly correlated with demographic characteristics including sex, age, education, and political orientation. For instance, women and people with less education or lower incomes tend to expect higher inflation. Finally, past experiences — such as living through the Great Depression or the 1970s Organization of the Petroleum Exporting Countries (OPEC) oil embargo, which drove inflation sharply higher, can strongly shape people’s perceptions of inflation for the rest of their lives (Malmendier and Nagel 2016; Weber and others, forthcoming; D’Acunto, Malmendier, and Weber, forthcoming).

While these results characterise the richness and complexity of households’ expectations, they do not quite break down how those expectations are formed. When non-experts read news about monetary and fiscal policy or economic events, how do they factor that information into their expectations for inflation and other key indicators? Is it safe to assume, for effective policymaking and for theoretical models, that laypeople form expectations in the same way as experts? Knowing the answers to these questions would help policymakers better guide consumers’ expectations regarding the effects of their actions.

In a recent paper, my co-authors and I set out to search for answers (Andre and others 2022). We conducted surveys to measure people’s beliefs about the effects of economic shocks on unemployment and inflation. From 2019 to 2021, we collected answers from samples of 6,500 US households broadly representative of the population. Separately, over the same period, we surveyed 1,500 experts, including staff at central banks and international financial institutions, professors and PhD students, and financial sector economists. For the samples of the survey collected during the Covid-19 pandemic, we adjusted the questionnaire to ensure that the respondents’ expectations referred to how the economy functions in “normal times” rather than during the exceptional circumstances of the pandemic.

We used the survey to shed light on how people think about the way the economy works — or in the language of economists, their “subjective models”. We asked respondents to consider four hypothetical shocks to the US economy: a sharp increase in crude oil prices as a result of falling world supply, a rise in income taxes, a federal government spending increase, and a rise in the Federal Reserve’s target interest rate. These shocks are widely studied in macroeconomics but are also conceptually understandable by non-experts. To make sure that all the respondents based their answers on the same information, we provided current figures for the rates of inflation and unemployment and asked them to give their forecasts for the two variables over the following year. We then provided news about one of the four hypothetical shocks and asked them to make new predictions for inflation and unemployment. Their responses showed that beliefs about the effects of economic shocks were widely dispersed, with large differences within our samples of households and experts and between the two groups. In some cases, households and experts even disagreed on whether a particular shock had a positive or negative impact on inflation and unemployment. Most strikingly, households on average believed that a rise in the central bank’s policy interest rate and a rise in income taxes would increase inflation, contrary to predictions of a decrease by experts and many textbook models (Chart 1).

In the second part of the survey, we investigated the origins of disagreement between experts and households and within the two groups. Part of the disagreement seems to arise because respondents think the shocks work through different transmission channels — in particular, demand- versus supply-side mechanisms. Using a set of multiple-choice questions and open text boxes, we asked respondents to describe what they were thinking when they made their predictions. We found that these associations explained a substantial part of the differences in forecasts. Unsurprisingly, experts were most likely to rely on their technical knowledge, using frameworks taken from their everyday toolkits and often making direct reference to theoretical models or empirical studies. By contrast, households drew on a broader range of approaches in making their predictions. They were more likely to rely on personal experiences, be influenced by political views, or simply guess how a given shock might affect the economy. Moreover, when households think of specific shock propagation mechanisms, they often come up with very different channels than experts. This in turn partly explains why their predictions for some shocks differ so markedly from those of experts. For instance, households more often thought about the impact of higher interest rates on firms’ costs of borrowing capital, which are passed on to consumers via higher prices. On the other hand, experts mostly considered the canonical demand-side channel, which predicts a decline in inflation in response to higher interest rates as consumers spend less and save more (Chart 2).

Are these results bad news for central bankers? If the general public interprets an interest rate hike as a harbinger of higher inflation, might central banks find it more difficult to succeed at keeping inflation at bay? One final result from our exercise points to effective communication of policy actions as a solution. Contextual cues can shape which propagation channels individuals think of and thereby which forecasts they make. We saw that households that were prompted to think about demand-side channels before making their forecasts were more likely to predict an effect of monetary policy shocks in line with that of experts.

Encouragingly, while central bankers have long been aware of the power of their carefully crafted statements to guide market expectations, it seems they are now focusing more on making their communication accessible to a wider audience. For instance, Gardt and others (2021) show that, as part of a broader strategy to expand the reach of their message, in recent years the European Central Bank has built a presence across social media platforms and has used simpler language in speeches and monetary policy statements.

The results of our study also provide some empirical guidance in a different but related direction. Canonical macroeconomic models crucially hinge on the assumption of “rational expectations”, according to which households base their individual decisions — on how much to save, consume, and work — on expectations about the uncertain future state of the economy. These expectations in turn are consistent with the way the economy eventually evolves. The assumption does not mean that households have perfect knowledge of the future. But it does imply that if households see the central bank raising interest rates unexpectedly, and they believe this will lower inflation, their subsequent actions will ultimately lead to a decline in inflation. While this approach to modelling expectations has often been criticised as too strict or unrealistic, deciding the appropriate way to depart from it is not straightforward. To be meaningful, any departure from this pillar of modern macroeconomics must realistically reflect how households actually form expectations. Our study thus provides a preliminary direction for macroeconomic models to incorporate behavioural aspects of households’ expectations that are grounded in empirical evidence.

A growing research effort — spearheaded by prominent academics in the field — aims to use insights from behavioural economics to embed behavioural features of the way households form expectations in macroeconomic models and depart from classic rational expectations assumptions. This field, known as behavioural macroeconomics, is expanding fast but faces some significant challenges. It is math-intensive, which may limit its immediate use in everyday policy work. Moreover, it relies crucially on empirical evidence of how households reason about the macroeconomy and form expectations, which behavioural economists can solidly build only through numerous and careful studies. However, it has the potential to fundamentally shape both theoretical macroeconomics and real-world policymaking in the years to come, and it will most likely find a key role for communication in influencing expectations.

Carlo Pizzinelli is an economist in the Research Department of the IMF.

Opinions expressed in articles and other materials are those of the authors; they do not necessarily reflect IMF policy.