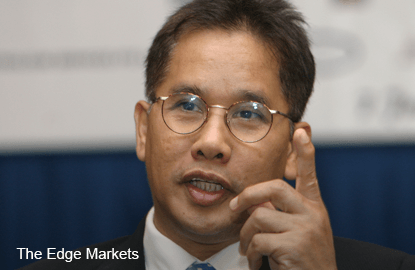 Halim was given the award for his strong and proactive support of the bilateral relationship between Malaysia and New Zealand, particularly in the areas of trade and education; there have only been four award winners for this category, said his office in a statement.

The other five people who received awards are Helen Clark, the former prime minister of New Zealand for three terms (1999 — 2008); Beatrice Faumuina, world champion discus thrower; Dr Swee Tan, an internationally recognised Malaysian-born Kiwi plastic surgeon; Victoria Ransom, a San Francisco-based Kiwi entrepreneur who has founded three companies since her early twenties; and Audette Exel, who was recognised by Forbes as a “Hero of Philanthropy”.

The Friend of New Zealand Award was introduced in 2010, given to non-New Zealanders who have contributed to New Zealand’s development in some way, or exhibited traits which New Zealanders admire, said Halim’s office.

There have only been four winners of the award so far: Julian Robertson (American), Lord Denman (British), Andrew Holden (Australian) and Craig Elliott (American).