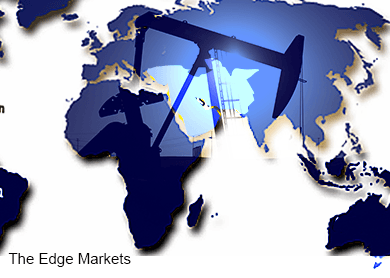 SINGAPORE (March 17): Halfway into an OPEC-led oil supply cut, Asia remains awash with fuel in a sign that the group's efforts to rein in a global glut have so far had little effect.

The Organization of the Petroleum Exporting Countries (OPEC) and other suppliers including Russia have pledged to cut production by almost 1.8 million barrels per day (bpd) during the first half of this year to rein in oversupply and prop up prices.

Yet almost three months into the announced cuts, oil flows to Asia, the world's biggest and fastest growing market, have risen to near record highs.

The Asian surplus will pressure global oil prices and weigh on the budgets of major oil producing nations but may also help spur growth in demand needed to soak up the excess.

Thomson Reuters Oil Research and Forecasts data shows around 714 million barrels of oil are being shipped to Asia this month, up 3% since December, when the cuts were announced.

Responding to rising production, benchmark crude prices are down 10% since January, and analysts warn that more falls could follow.

"Cuts are not enough to re-absorb the world's excess supply. So, unless oil demand growth rebounds to record levels in 2017, oil prices could head for another substantial fall," said Leonardo Maugeri, senior fellow at the Harvard Kennedy School's Belfer Center for Science and International Affairs.

Not only are supplies from the Middle East and Russia to Asia still high despite the pledge to cut, but record volumes are flooding into Asia from the Americas and Europe.

The result is a market awash with fuel. More than 30 supertankers are sitting off the coasts of Singapore and southern Malaysia filled with oil, despite a price structure that makes it unattractive to buy oil now and store it for sale at a later date. Crude for delivery in January 2018 is only 70 cents more expensive than that for delivery next May, making those floating storage vessels unprofitable.

The ongoing glut poses a predicament for OPEC. Its members need higher oil prices to balance government budgets, but cutting back production to prop up prices means losing market share as other suppliers step in to fill the gap.

OPEC's cuts early in the year pushed up Middle East Dubai crude price against the international benchmark Brent, allowing oil from outside the Middle East to head to Asia.

A record 10.5 million barrels of Russian Urals will arrive in Asia between April and June, Eikon data shows.

Oil from Kazakhstan, the North Sea, Brazil, and the United States arriving in Asia in March is expected to reach 45 million barrels, double the volume in the same month a year ago.

"The uptick in arbitrage has not gone unnoticed by the large Middle Eastern (OPEC) producers," analysts from consultancy JBC Energy said in a note to clients this week.

Stiff competition and ample supplies have depressed prices for Middle East and Asia-Pacific grades, some of them to multi-month lows.

May-loading for Qatar Marine crude sold at discounts to its official selling price for the first time in four months while spot premiums for Russian and Malaysia's flagship Kimanis crude have also hit lows.

With few signs that producers will cut supplies deeply enough to end the glut, and indicators that output is rising in the United States, traders say only strong demand can eventually rein in the surplus.

"Demand growth in Asia is about 700,000 bpd, so the glut will eventually clear," said Oystein Berentsen, managing director for oil trading company Strong Petroleum in Singapore.

Not all are as confident.

"Enduring excess supply could be eased by a robust demand growth," said Maugeri of the Belfer Center. "But preliminary data and analyses do not portend such a development, especially because of a significant slowdown in demand growth in China and India — the two major engines of world oil consumption growth."