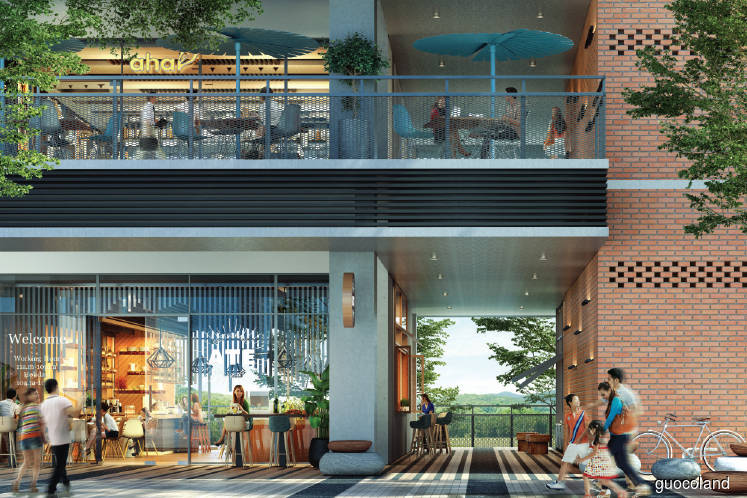 An artist’s impression of the shops at Emerald 9

GuocoLand (M) Bhd unveiled the first phase of Emerald 9, its transit-oriented integrated development, on April 16. The serviced apartment project will be officially launched next month and is now open for bookings.

According to an April 16 press statement by the developer, the first tower is called Bruce on9 and will comprise 477 serviced apartments. The one and two-bedroom units will have built-ups of 650 to 1,050 sq ft and are priced from RM382,000.

The apartments are targeted at singles as well as those who are married and have small families, it said.

Emerald 9, sited on an 11.84-acre freehold tract at Cheras’ 9th Mile, has a gross development value of RM1.2 billion. It will comprise four towers offering serviced apartments, a hotel and office spaces.

The development will also offer urban street shops and a courtyard with pockets of green spaces. With its master plan and buildings designed by RSP Architects Malaysia and landscape by TROP Landscape, the project promises to promote contemporary, healthy living.

Emerald 9 represents the company’s vision in placemaking and enriching the lives of residents in a mixed-use development, according to the press statement. It showcases GuocoLand’s commitment to building high-quality developments and enhancing value. It also aims to fulfil the needs of first-time homebuyers, young professionals and young families.

Emerald 9 is within walking distance of the Taman Suntex MRT station and can be easily accessed through major highways such as the Cheras-Kajang Expressway, East-West Link Expressway, Shah Alam Expressway (KESAS) and Maju Expressway.