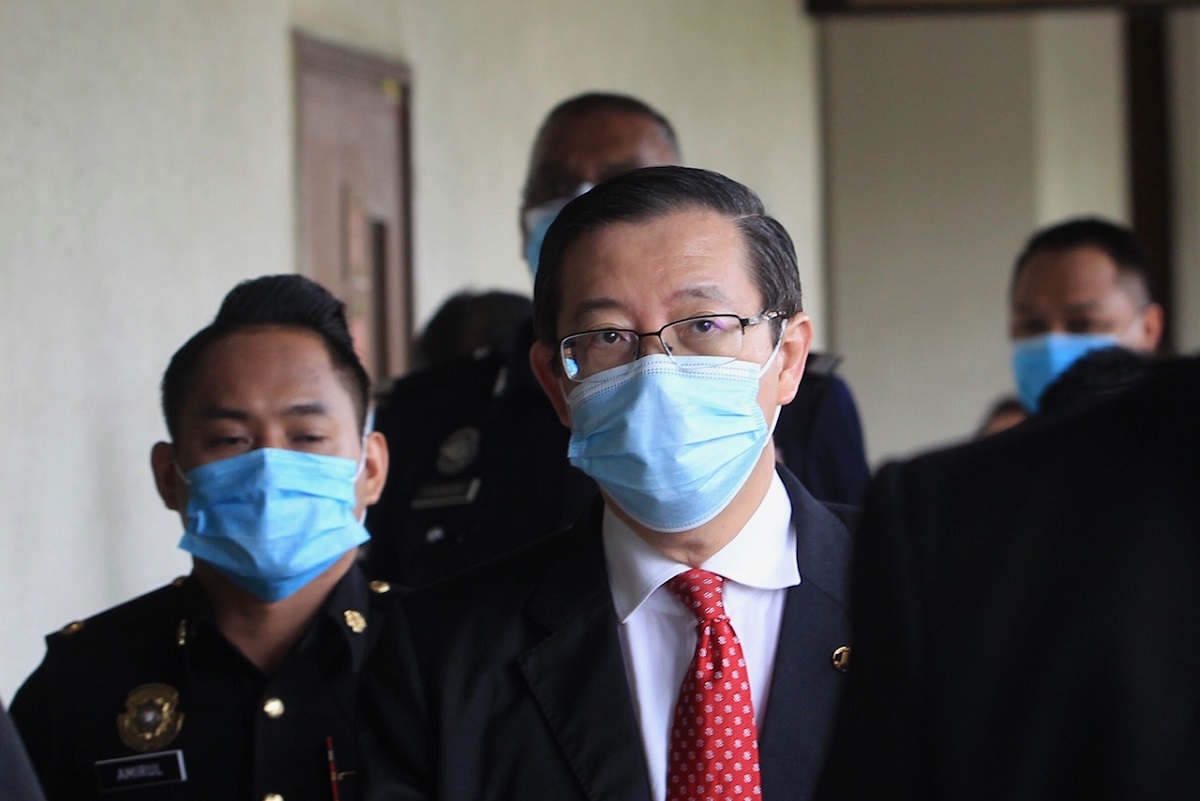 KUALA LUMPUR (Sept 9): Former finance minister Lim Guan Eng had today claimed that the timing of the new charges of dishonest misappropriation of property against him proves that the prosecution is "politically-motivated", noting that filing of the charges at the Butterworth Sessions Court this Friday (Sept 11) comes a day before nomination day for the Sabah state election on Saturday (Sept 12).

It was reported earlier today that Lim faces the two charges under Section 403 of the Penal Code.

Lim, who is DAP secretary-general, claimed that the Malaysian Anti-Corruption Commission (MACC) was unprofessional for leaking the information that he will be facing new charges to the press before he was notified on the matter.

"We don’t know whether this is deliberate or not, but why leak it to the press, so this is very unprofessional and very unfair of the MACC,” Lim claimed as he spoke to reporters after attending proceedings at the Sessions Court here today.

"It is clear that this is an act to harass and bother me when I am campaigning in the interior of Sabah, and to leak to the mass media without informing me in advance shows that this is indeed a politically-motivated action,” Lim claimed.

At the time of writing this report, the MACC had not issued a statement in response to Lim’s claims.

Prior to the two new charges, Lim was charged three times last month. Today, two of the cases were mentioned at the Sessions Court here.

At the Sessions Court proceedings here today, the prosecution had told the court that Lim will face two new charges in Butterworth on Friday and that he will have to appear in court there to face the charges.

theedgemarkets.com, quoting sources, reported last Thursday (Sept 3) that the two charges are said to be in relation to the undersea tunnel project in Penang.

It was reported that last month that two of Lim’s criminal charges involved the undersea tunnel project while the other is related to his wife Betty Chew.

It was reported that Lim claimed trial at the Sessions Court here last month for one charge of soliciting a 10% cut of profit from the undersea tunnel project from Consortium Zenith Construction Sdn Bhd senior director Datuk Zarul Ahmad Mohd Zulkifli.

It was reported that Lim allegedly asked for the bribe at The Gardens Hotel & Residences within Mid Valley City here in 2011.

It was reported that Lim was also charged at the Butterworth Sessions Court in Penang for abusing his position as a public officer to assist Zarul's company to be appointed to undertake the construction of main roads and the undersea tunnel, reportedly worth RM6.341 billion, to obtain a RM3.3 million bribe.

According to the report, Lim was alleged to have committed the crime between January 2011 and August 2017 at the Komtar tower in Penang while he was chief minister of Penang.

Lim also faces another unrelated charge for abuse of power in relation to a bribe which was alleged to have been received by his wife Chew.

It was reported that Lim was charged for abusing his post as a public officer during his tenure as Penang chief minister and Penang Development Corp's tender committee chairman to ensure that Magnificent Emblem Sdn Bhd was given an invitation for the proposed workers' village project in Batu Kawan worth RM11.61 million

It was reported that Chew is alleged to have received RM372,009 from Excel Property Management & Consultancy Sdn Bhd in relation to the project.