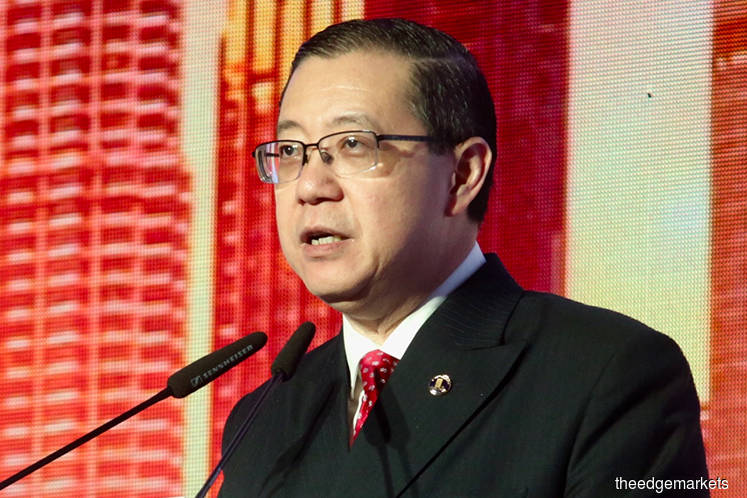 He also informed that the payment was supposed to be paid in January next year, however, it was brought forward to last month.

"I don’t want to argue on that term (wang ihsan or compassionate money) used by the Kelantan Menteri Besar, the important thing is, what must be paid or held before this has already been paid faster by the Federal Government.

"So what was said in the Dewan Rakyat was true, we hope we can discuss this issue rationally and control our emotions," he said when met by reporters at Parliament lobby here today.

In a press conference at Parliament lobby yesterday, Lim said the royalty payment to the Kelantan government had been paid last month and that he himself signed it on the directive of the Prime Minister Tun Dr Mahathir Mohamad.

Meanwhile, Lim also disclosed that the federal government had approved the loan application by the state government as advance to cover operation cost and salary payment to the state civil servants.

Lim said the advance of RM100 million will be paid in the next few weeks.

"Recently, we received a request (advance) to pay operation cost including salary amounting to RM100 million...I have also approved this, and hoped to pay (this) in a few weeks’ time to help Kelantan," he said.

In another development, Lim also condemned parties that spread the funding comparison given to Bumiputera entrepreneurs in the 2020 Budget that was tabled last Friday.

“This is something not based on facts. The allocation for Bumiputera entrepreneurs totalled RM1.44 billion, not RM50 million as alleged.

“Obviously, they want to use sentiment as the allocation will be distributed to several agencies...they are playing on sentiment, not based on facts but based on slander,” he said.

Previously, some infographics on the highlights of Budget 2020 went viral on social media which showed that Bumiputera entrepreneurs were only allocated RM50 million compared with Chinese entrepreneurs totalling RM100 million and Indian entrepreneurs (RM20 million).