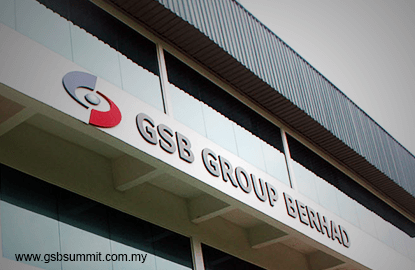 GEORGE TOWN (Sept 28): GSB Group Bhd has sought a third extension until Feb 11 next year to fulfill the sale and purchase agreement (SPA) to acquire a 2.22-acre leasehold land in Shah Alam, Selangor, at a cost of RM20.5 million.

In a filing with Bursa Malaysia today, GSB Group said the extension period for the fulfilment of the conditions precedent in the Oct 15, 2014 agreement has been granted.

GSB Group, which manufactures optical disc storage media, entered into a SPA with PECB on Oct 15, 2014 to expand its land bank with a view of developing the land for property in future.

However, GSB Group, which was supposed to have fulfilled the agreement conditions on April 15 this year, sought an extension of 120 days until Sept 30, with a further extension until next year.

Shares in GSB Group closed flat at 8.5 sen for a market capitalisation of RM37.4 million.