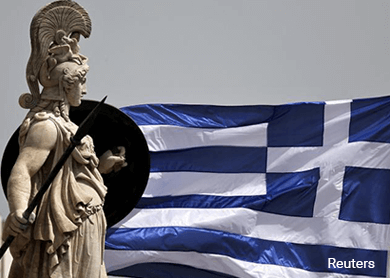 KUALA LUMPUR (July 6): The FBM KLCI is expected to open on  cautious note today in line with global markets’ sentiment following the overwhelming Greek rejection of a bailout that is likely to boost market uncertainty.

European bonds and stocks traded cautiously on Friday before a Greek referendum on EU-prescribed reforms that could determine the country's future in the euro zone and which polls suggest could go either way, according to Reuters.

Yields on top-rated German 10-year Bunds, the benchmark for European borrowing costs, fell as some investors chose to preserve their capital in low-yielding but relatively safe assets. European stocks dipped and were set for the biggest weekly drop in two months, while the euro edged higher, it said.

After Sunday's vote in which 60 percent of Greeks voted 'No' in a referendum asking them to accept terms of a bailout, a joint European response may take days, said Reuters.

AllianceDBS Research in its evening edition last Friday said that the FBM KLCI had on July 3 traded lower to a day’s low of 1,724.50 after the opening bell as market participants chose to profit take a portion of their winning trades ahead of weekend.

The research house said in the absence of stronger buying interest, the benchmark index was in the red throughout most of the trading sessions before rebounding to settle marginally higher at 1,734.24 (+0.36, +0.02%).

“In the broader market, losers outnumbered gainers with 459 stocks ending lower and 295 stocks finishing higher. That gave a market breadth of 0.64 indicating the bears were in control,” it said.

AllianceDBS Research said the lower high followed by a lower low on July 3 indicated that sellers were in better control over the buyers, but supportive buying interest was seen presence in the game play.

“Following the up close, the benchmark index is expected to trade between 1,714 and 1,739 in the coming few days.

“A settlement above the 1,735 level is necessary to see further upside with next resistance zone pegged between 1,745 and 1,760,” it said.

The research house however said that a fall below 1,714 would put pressure on the market down to 1,706, adding that indicator wise, the MACD was above the 9-day moving average line.

“The analysis of overall market action on July 3 revealed that buying power was weaker than selling pressure.

“As such, the FBM KLCI would likely trade below the 1,724.50 level on July 6,” said AllianceDBS Research.