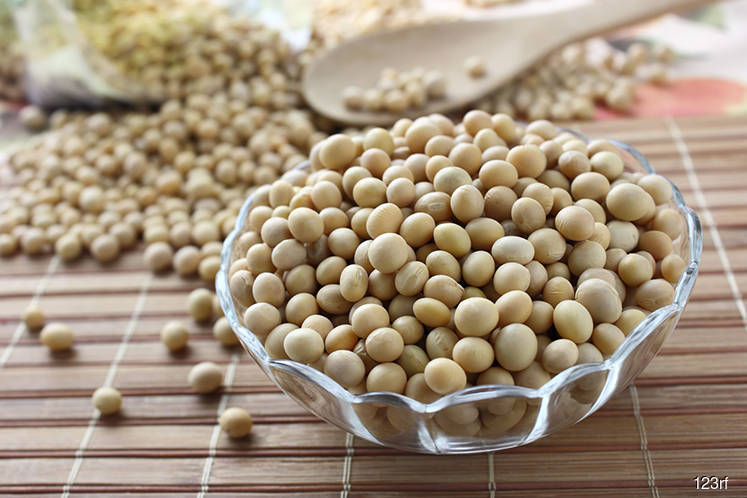 PARIS/SINGAPORE (March 25 ): Chicago soybean futures rose for a seventh consecutive session on Wednesday, underpinned by risks of supply disruption in South American due to coronavirus measures, although gains were capped by wider concerns about the economic fallout from the epidemic.

Corn was also firm as it continued to recover from multi-year lows last weak, but renewed weakness in crude oil curbed prices for the cereal heavily used in ethanol in the United States.

Wheat was narrowly mixed as the market saw some profit-taking, after a demand-fueled surge in the past week and as traders set signs of stockpiling by some buyers against large global wheat supplies.

The most-active soybean contract on the Chicago Board Of Trade had edged up 0.1% to US$8.87-3/4 by the end of overnight trading.

The most-active wheat contract added 0.9% to US$5.66-1/4 but deferred positions were down slightly.

"As more countries go on lockdown, stockpiling has the potential to ease," Michael Magdovitz, commodity analyst with Rabobank, said.

"The concern is if a major port like Santos in Brazil or Rosario in Argentina shuts down completely. Then you could see demand move en masse towards the U.S. for soymeal and soyoil."

With soybean production very concentrated in South America and the United States, and palm oil dominated by Indonesia and Malaysia, oilseed markets are particularly sensitive to supply tensions in a major hub, he added.

Soybean deliveries to crushing plants have been severely cut in Argentina, the world's top supplier of soymeal livestock feed, as the country reacts to the coronavirus pandemic, the local grains export industry chamber said on Tuesday.

Extra demand for bakery goods and pasta as households stock up during the coronavirus crisis had contributed to a rally in wheat prices, but traders and analysts said pressure may now ease.

"For wheat there are logistics concerns, but with prices like these there are incentives for farmers to sell and there are still plenty more supplies than for other commodities," Magdovitz said.

Corn has regained some ground this week in step with a rebound in crude oil and as farmer selling slowed, although crippled ethanol demand hung over the market.

U.S. ethanol producers are on track to shut about 2 billion gallons of annualised output by the end of this week, the head of the Renewable Fuels Association trade group said on Monday.

"If ethanol is no longer a demand factor, it will be difficult to offset that," Magdovitz said.

"A question for the market is whether last week's Chinese purchase of U.S. corn was a one-off," he added.