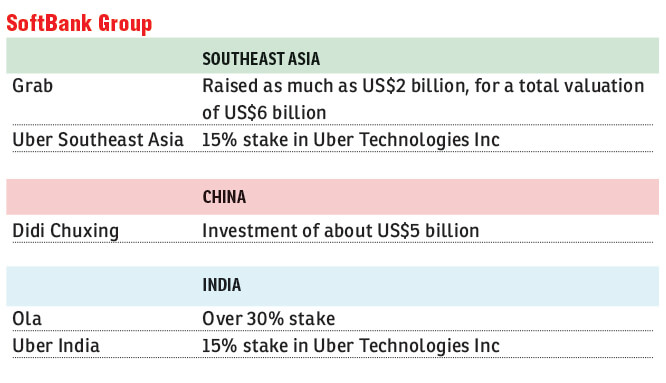 KUALA LUMPUR: It was a deal that most people saw coming. Although Uber had been denying that it would be pulling out of Southeast Asia, its fight with rival Grab has finally come to an end.

Grab announced yesterday that it will take over Uber’s operation in the region. In return, Uber will emerge as a substantial stakeholder with a 27.5% equity interest in Grab.

According to Grab, this is the “largest deal of its kind in the region”, although the two ride-hailing firms declined to reveal the price tag.

Based on Grab’s most recent valuation, the deal could be priced at least US$1.65 billion (RM6.43 billion). Last July, SoftBank-led investors, including Didi Chuxing, raised as much as US$2 billion for Grab, which valued Grab at about US$6 billion.

For Uber, the deal could be a windfall if its Asean operation is valued at US$1.65 billion. According to Uber chief executive officer (CEO) Dara Khosrowshahi, who will join Grab’s board soon, the US-based ride-hailing firm has invested US$700 million in the region over the past five years.

Grab has promised that its fare structure will not change for all its services even after the merger effective April 8 this year. This includes the prices of Uber’s food delivery service in Malaysia, Uber Eats, which will be taken over by Grab in coming months and renamed GrabFood.

For Grab, competition remains in Southeast Asia with Indonesia’s Go-Jek, which is a US$5 billion start-up backed by big names such as Google and Tencent.

A top executive of Grab was quoted by Reuters as saying that the acquisition of Uber’s Southeast Asia operation was driven independently by the two companies with the support of their common investor, Japan’s SoftBank Group. However, a professor of practice in strategy at Warwick Business School commented that SoftBank is likely to be mastermind of the deal.

“There is little doubt that SoftBank is behind this rationalisation of the taxi-hailing market. SoftBank has taken substantial shareholding positions in Uber, Grab, Lyft and Didi Chuxing which are all haemorrhaging cash in a battle for market share,” said John Colley, who is also a former managing director at a FTSE 100 company who researches merger and acquisition (M&A), in a statement.

He pointed out that Uber is under pressure to be profitable for a 2019 initial public offering (IPO) that has been promised to shareholders.

“SoftBank has proposed that Uber retrench back to Europe and North America where it has large market shares and reasonable prospects of emerging as an eventual winner. In China, Russia and now Southeast Asia, it has been out-flanked by local competition with better local knowledge and connections,” Colley added.

He reckons that SoftBank would emerge as the clear winner as a source of major losses in two of its investments will be eliminated in the merger.

After it took a stake in Grab last July, SoftBank completed the acquisition of a 15% stake in Uber for US$8 billion in January this year, bringing its total investment in the ride-hailing firm to US$9.3 billion on top of a US$1.25 billion direct investment in Uber.

Considering that Uber incurred US$4.5 billion losses in its 2017 financial year, SoftBank’s investment appears to be at a lofty level. It is currently the largest shareholder of Uber with two representatives on the board of 17 members.

The Grab-Uber deal also rings a bell as a similar deal was seen back in August 2016 when Uber exited China with a US$35 million merger deal with Didi Chuxing, in which SoftBank is also a major investor.

It will be interesting to see if Uber will also exit its business in India, which is also facing intense competition from Indian firm Ola, in which the Masayoshi Son-led group is also the major shareholder with a stake of over 30%.

Despite the merger, Colley questions whether new challenges to profitability may arise for Grab.

“Higher fares may allow for more local competition to arrive,” he said, adding that switching costs between the two apps are low for drivers and customers.