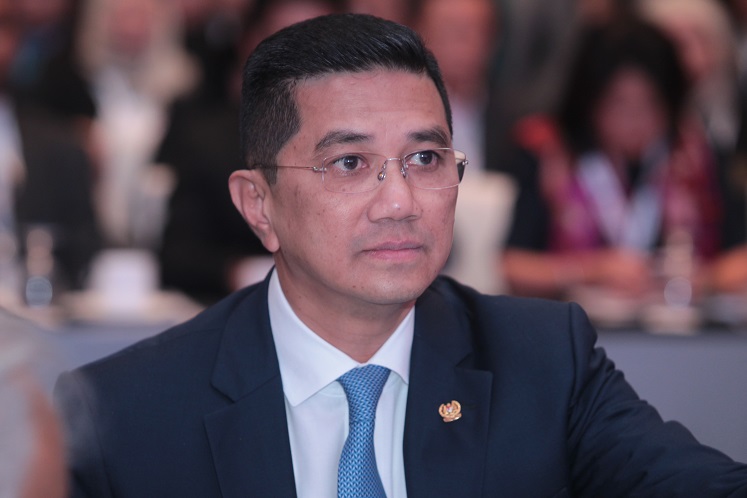 KUALA LUMPUR (May 13): The government will announce a six-month short-term recovery plan by the end of May to revive the economy, said Senior Minister of International Trade and Industry Datuk Seri Mohamed Azmin Ali.

Following the recovery plan, the government plans to table a medium-term revitalisation plan under the 2021 Budget in November, followed by a long-term reform plan which is the 12th Malaysia Plan that is scheduled to be revealed in January next year, he said in a speech addressing a webinar by the Electrical and Electronics Productivity Nexus.

Azmin noted that the country is currently in the restart phase, which is part of a six-phase plan comprising 6Rs, namely resolve, resilience, restart, recovery, revitalise and reform.

“It bears repeating that no amount of stimulus can mitigate the huge loss of employment and income unless we open up,” he stressed.

He added that for many enterprises hit by the pandemic, their focus is on business survival. However, in the longer run, it is imperative that businesses remain sustainable.

“In this regard, MITI (Ministry of International Trade and Industry) will do its best to bolster the industries and businesses, particularly the SMEs, and to ensure the sustainability of employment.

“One of the core concerns will not only be the number of jobs, but also the importance of productivity of our workers,” he added.

According to Azmin, the pandemic also underscored a need to rapidly transform the economy.

“Malaysia needs to determine the enablers to link the present to the future.

“Malaysia should seize emerging trends and opportunities to mitigate the Covid-19 pandemic, which has lasting implications on global investment. As foreign direct investments (FDIs) will be affected, we must find enablers to have a better future which is quality investment,” he added.

He urged the local business community to look at the challenges they are facing as an opportunity to add value to their business as it is the best time to speed up their digitalisation agenda.

“The fact is that Covid-19 has jolted us to the reality of how crucial and pervasive digitalisation is and why we need it more than ever to future-proof our businesses.

“Digitalisation drives productivity and enhances connectivity among working peers, customers and business partners beyond geographical borders and may even help in reducing the carbon footprint. It will help us achieve sustainable economic growth while protecting the environment and the well-being of the people,” he added.

In his speech, he also noted that the cumulative losses incurred by the Electrical and Electronics (E&E) sector is estimated at RM7.28 billion of gross domestic product (GDP) while the impact to exports is estimated at RM29.12 billion.

“The E&E sector is the backbone of the country’s economy and remains a significant contributor to the GDP. Its contribution to GDP last year was RM81 billion, constituting 5.8% of the national GDP while its exports amounted to RM380 billion,” he said.