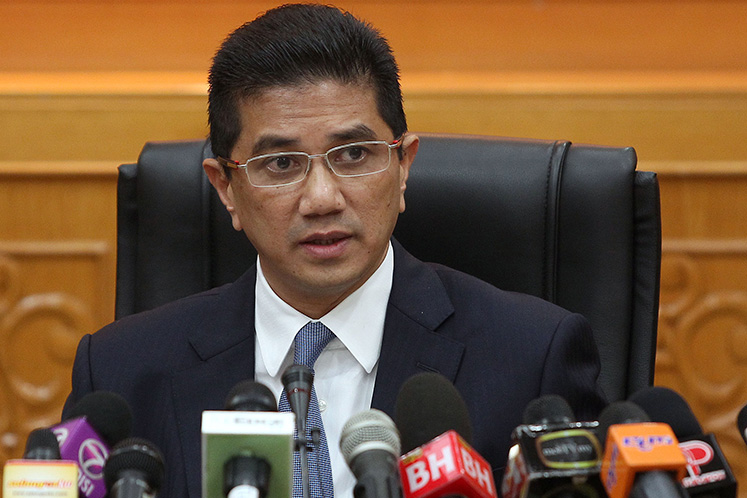 KUALA LUMPUR (Aug 23): The Ministry of Economic Affairs (MEA) is disappointed by the remarks made by United Nations special rapporteur on extreme poverty and human rights Professor Philip Alston, who suggested that Malaysia has a poverty rate of about 15%.

In a statement, Economic Affairs Minister Datuk Seri Mohamed Azmin Ali said Malaysia stands by its absolute poverty rate, which was recorded at 0.4% of total households in 2016 or 24,700 households.

“This poverty rate is derived from internationally-accepted standards based on the Canberra Group Handbook on Household Income Statistics, Second Edition (2011), which is published by the United Nations,” he said.

He explained that the Poverty Line Income (PLI) used to derive this poverty incidence is currently set at RM980 at the national level and calculated based on the basic requirements for a household to live healthily and actively, which is more than the PLI targeted in the Sustainable Development Goal 1 of US$1.25 per day.

The PLI is also set higher for Sabah and Sarawak at RM1,180 and RM1,020 respectively, to take into account additional costs such as transportation.

However, he said at the implementation level, a household’s PLI takes into account its location, household size and other demographic factors, which could result in a higher household PLI when compared with the national PLI.

“Hence, assistance is tailor-made according to the needs of the recipients, based on the profiling through the eKasih system which is an innovative initiative by the Government to identify the right target group," Azmin said.

“As such, the assertion made by Professor Alston that there is a 'statistical sleight of hand that has nefarious consequences' is wholly unacceptable and irresponsible,” he added.

While the Government appreciates the effort made by Alston in raising awareness about the issue of poverty, the Minister said certain comments were “baseless and uncalled for”.

“For instance, the assertion that a 'sizeable part of Malaysia’s population struggles to get by with tenuous access to food, shelter, education and healthcare' is both misconceived and erroneous clearly lacking empirical evidence and rigorous scientific procedures," Azmin said.

The Minister also rebutted the assertion that Malaysians have limited ability to exercise civil and political rights, as he pointed to the 82.3% participation of Malaysians in the last general election which saw a peaceful change in federal administration — the first since Malaysia gained independence.

Nevertheless, Azmin, said the Government is going to review its PLI methodology to better reflect the current cost of living “to further increase the effectiveness of poverty eradication initiatives".

"In addition, a Multidimensional Poverty Index (MPI) has been established to measure a wider scope of deprivation beyond the income dimension as currently practiced. The indicators of MPI are also being reviewed to better reflect the social mobility of households,” he added.

The Government, the Minister asserted, is committed to address the remaining pockets of poverty in the country, adding that it is not oblivious to the rising cost of living faced by Malaysians, especially the bottom 40% of the income group.

Hence, a significant proportion of federal operating expenditure is allocated for subsidies and social assistance, cutting across energy, food, healthcare and education, he said, with RM27.5 billion in total set aside in 2018 for this purpose, which accounted for 11.9% of the Government's operating expenditure.

It was reported that Alston said the national PLI of RM980 per household per month was “ridiculous”, and that undercounting the poverty rate has led to a lack of effective Government policies targeting the problem, with too many underfunded and ineffective programmes in place.