Govt mum on whether Jho Low, Riza quizzed by police 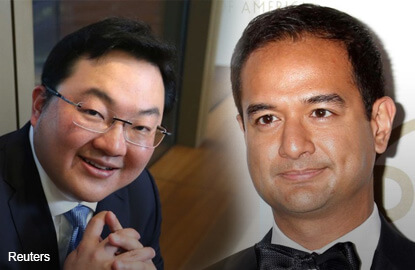 +A
This article first appeared in The Edge Financial Daily, on October 20, 2016.

In a written reply to Bayan Baru member of parliament Sim Tze Tzin in the Dewan Rakyat, the ministry did not say if police had summoned the two men for questioning in its 1MDB probe.

Sim had asked if Jho Low and Riza were still in Malaysia or had left the country, and whether the duo have been summoned by the police for questioning.

The ministry, in its written reply, said the 1MDB investigations under Section 409 of the Penal Code are still ongoing.

“The investigation paper by police has been submitted to the Attorney-General’s (AG) Chambers, and the Royal Malaysia Police is now undertaking further investigations on the instructions of the AG,” said the ministry.

It went on to say that to “ensure that the investigations are not disrupted”, it cannot disclose details of the probe until it is concluded and the AG’s Chambers had made a final decision on the matter.

The ministry said that during the inquiry process, police had recorded the testimonies of witnesses.

They will proceed to record the statements of any other party that they feel would “help to shed more light on the 1MDB case, including the names mentioned, if it is necessary,” the ministry added.