Property crowdfunding to enable more people to own homes 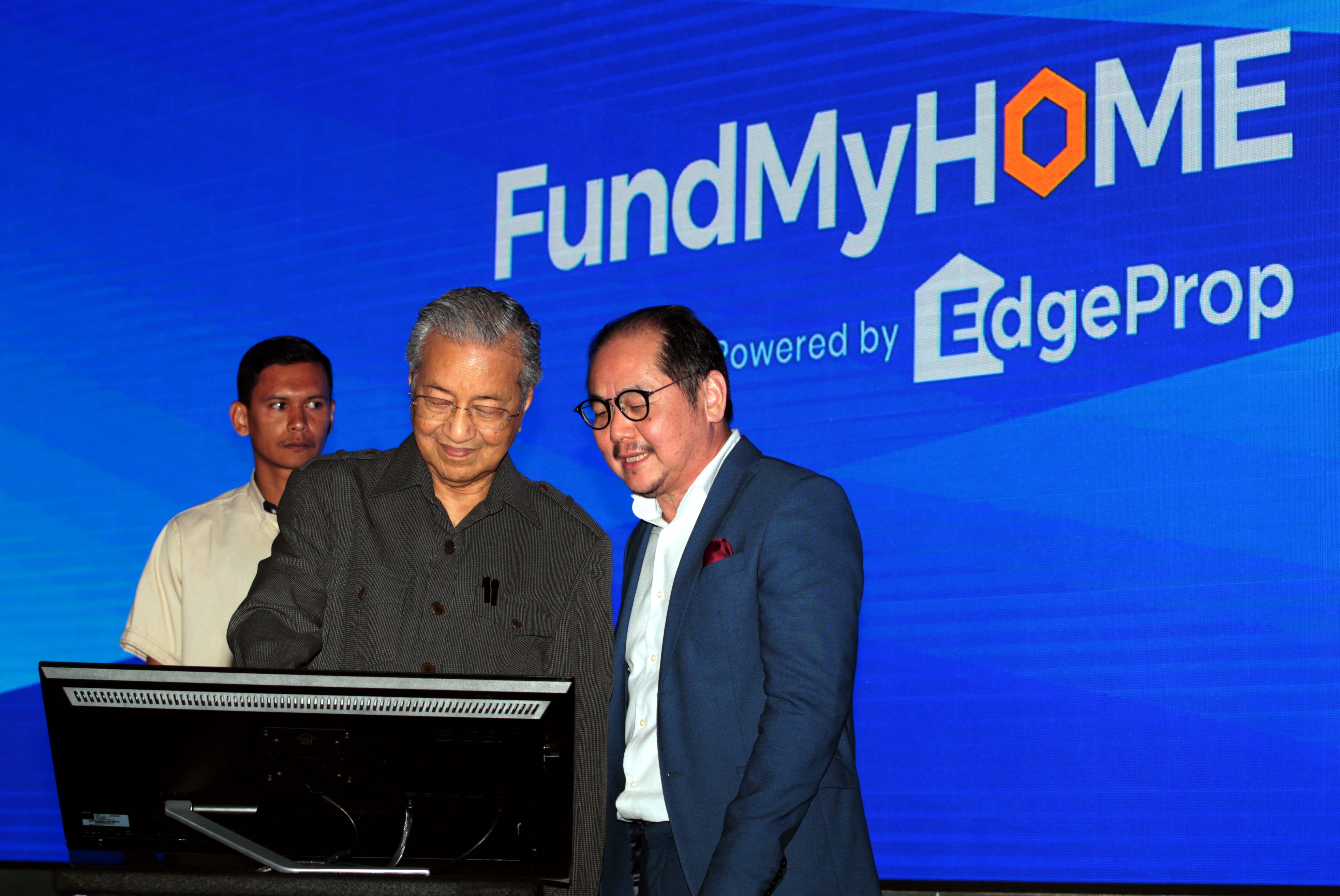 He said the government is in support of such crowdfunding schemes, expecting FundMyHome.com to eventually become an online property crowdfunding platform after the Securities Commission Malaysia has released the regulatory framework for peer-to-peer (P2P) financing slated for the first quarter of 2019.

The premier also believes that property crowdfunding platforms can help the Pakatan Harapan (PH) government to meet its promise of delivering one million units of affordable houses within a 10-year period as stated in its recent election manifesto.

He said the crowdfunding scheme, the first of its kind in the world, offers first-time home buyers the chance to pay only 20% to own a house while the remaining 80% will be borne by investors via a peer-to-peer (P2P) financing framework.

This, he said, would enable more people to own a house with minimum payment, which can be settled using their savings, loans or the Employee Provident Fund (EPF) withdrawal.

Dr Mahathir also said most of these affordable homes will be driven by the private sector.

"We promised to deliver one million affordable homes in 10 years, but that doesn't mean the government has to build it. The private sector will supply most of them (and) there will be some built by the government. But the most important thing is they will be affordable," Dr Mahathir told reporters after launching EdgeProp Sdn Bhd's new innovative property portal called FundMyHome.com here today.

"When we (PH) took over the government, we promised to build one million affordable homes over the 10-year period. This is not a small figure, but it is our promise and we want to fulfill what we have promised.

"It is easy to make promises, especially when we were having an election. We made all kinds of promises as long as we get support, but it is not easy when we want to fulfill them," he added.

The portal enables buyers to own a home by paying 20% of the property price, while the balance 80% is contributed by participating institutions.

"When Tong came and met me, we talked about many things, one of which is this, I told him he has to prove to the government that it works, I want to see the house and the buyer. He has proven it to the finance minister (Lim Guan Eng) to the extent that the minister actually mentioned it (P2P) in his Budget 2019," the premier added.